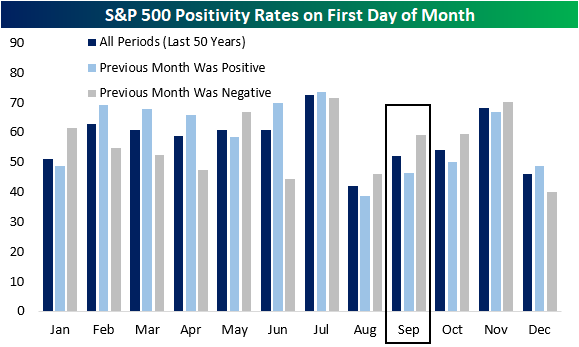 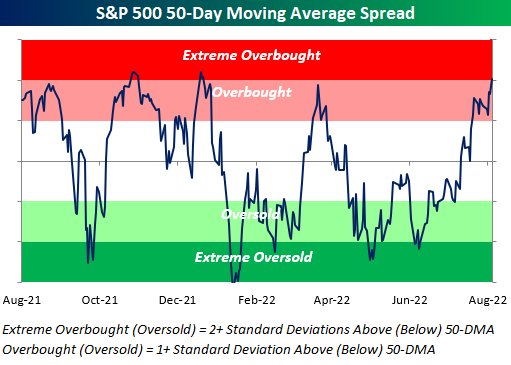 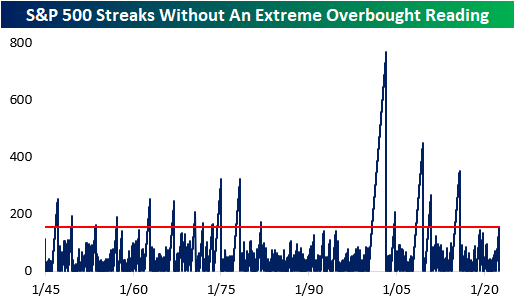 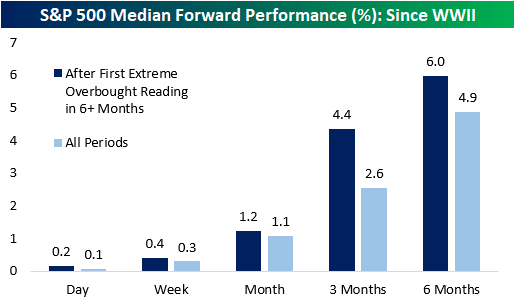 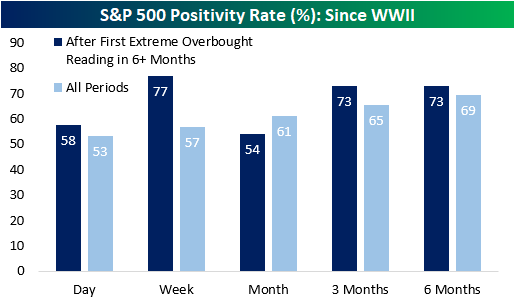 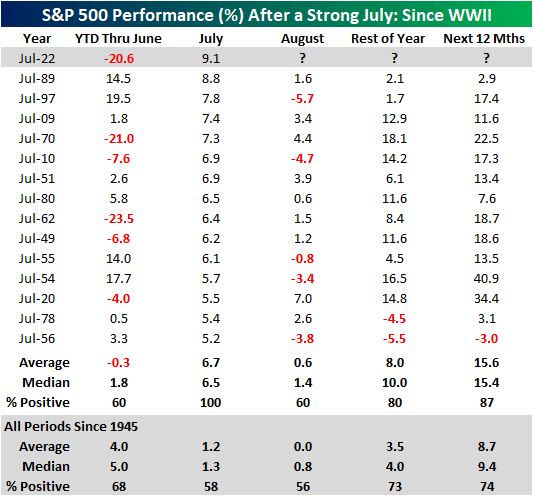 2022 has seen the bulls get slugged with a number of heavy blows.  The S&P 500 has already experienced 14 separate one-day declines of 2% or more this year.  That’s nine more than the entire total for 2021!

While there are still another six months left in the year, only ten other years have seen as many or more 2% daily declines in their entirety!  At the current pace, 2022 would see 28 daily declines of 2%+, which would rank as tied with 2009 for the third most in the post-WWII period trailing only 2002 (29) and 2008 (41).  Not great company.  If 2021 was the year where nothing could go wrong for investors, 2022 has been the year where nothing is going right.  Click here to learn more about Bespoke’s premium stock market research service. 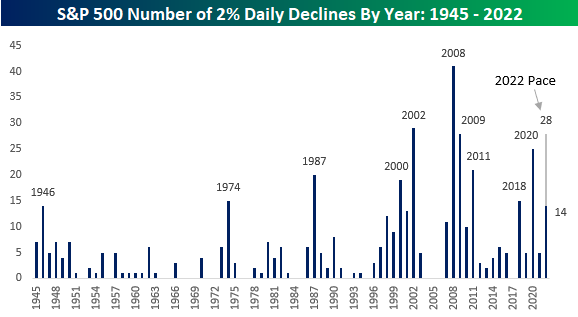