In an earlier tweet, we highlighted some charts from our Sector Snapshot highlighting the new highs in multiple sectors’ cumulative advance-decline (A/D) lines as of Friday. The cumulative A/D line is used to signal confirmation of a trend by indicating broad participation of an index’s underlying stocks in a rally or decline. In the charts below, we show those same A/D lines updated through today with price also included on the opposite axis.

Utilities, Consumer Staples, and Energy are seeing their AD lines pull back from new highs, but price has been somewhat disconnected.  On the one hand, for Consumer Staples, unlike the A/D line, price never broke out above the late 2021/early 2022 levels. Energy, meanwhile, has seen breadth hold up fairly well while its price has been experiencing a more consistent decline in recent days. On the other hand, Utilities have seen price and breadth move more healthily in sync with one another. Communication Services has been somewhat the inverse of these three sectors.  While breadth is positive today, the cumulative A/D line is not setting any new short-term highs even as the price is. That is mostly a result of the huge gain in Twitter (TWTR) having an outsized impact on the sector.

Most other sectors have recently seen consistent moves between price and breadth without any sort of major new highs or lows.  Technology is close to moving above last week’s high on both a price and breadth basis while both readings for Financials and Industrials have been falling sharply.  For Materials, another cyclical sector, breadth and price have been moving in the same direction, but the decline in the cumulative A/D line stands out slightly more. Click here to view Bespoke’s premium membership options. 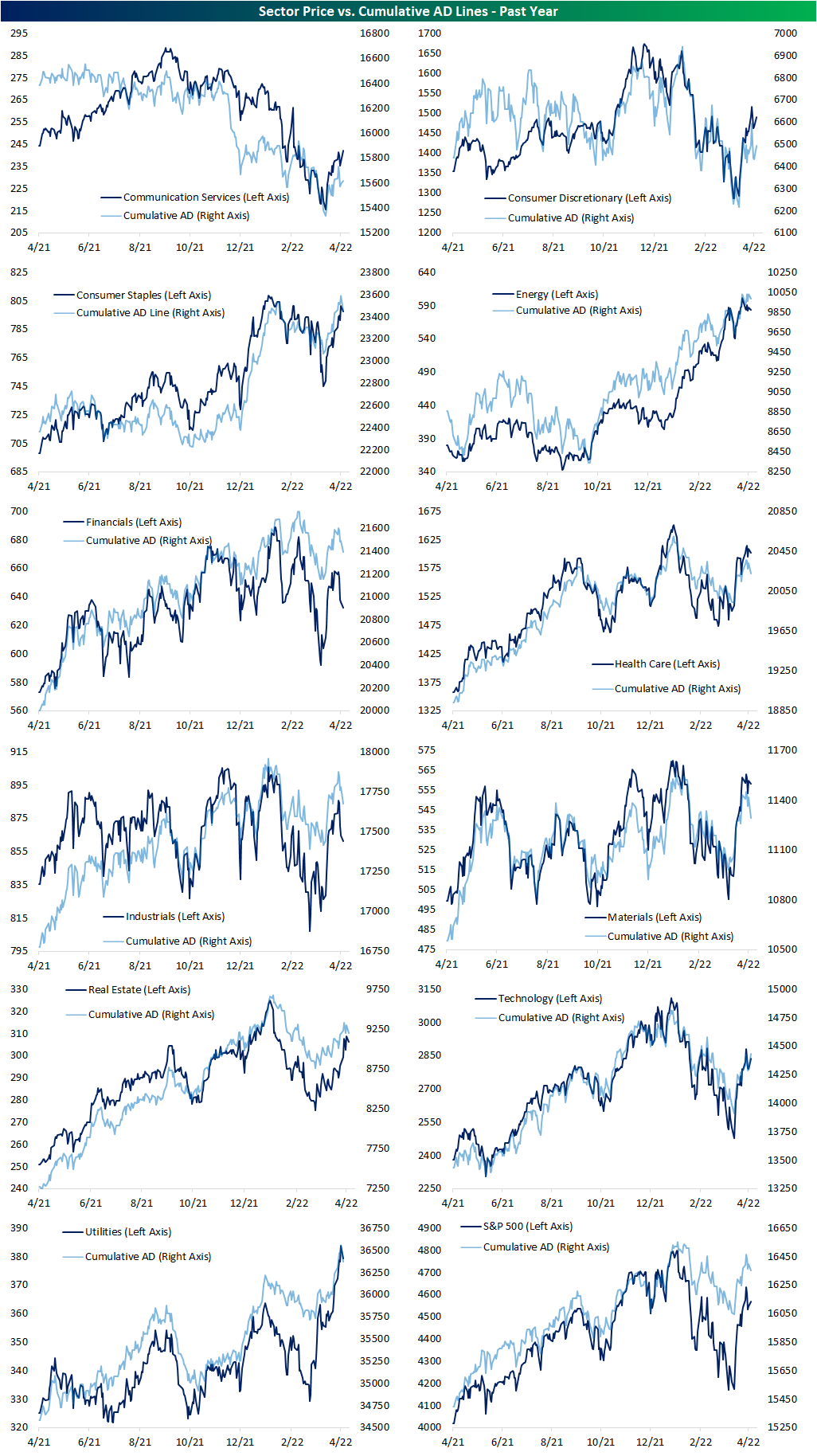