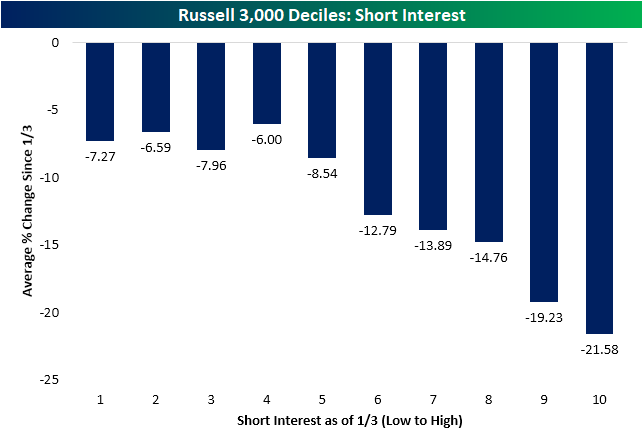 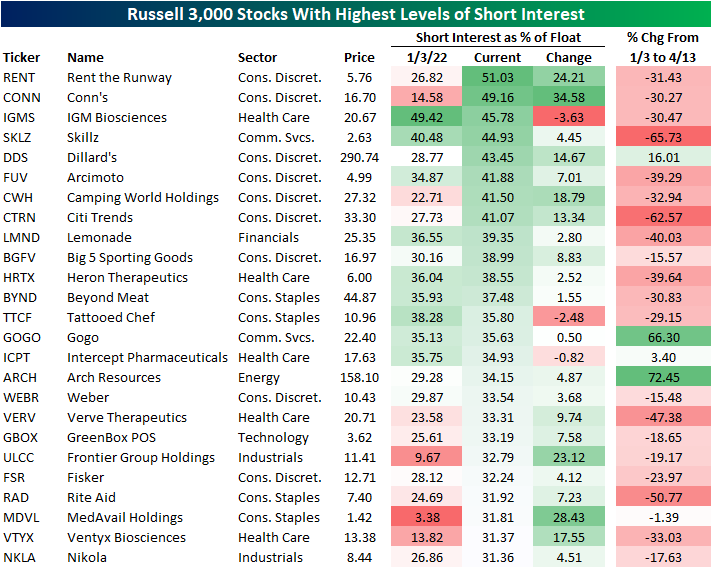 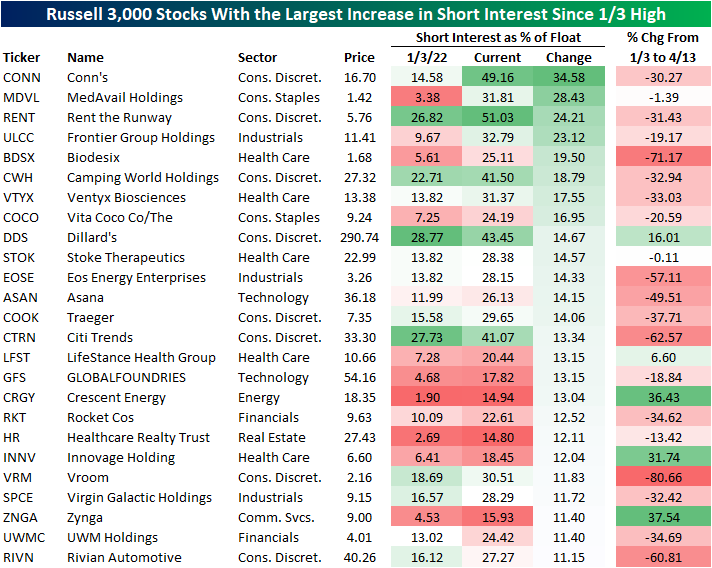 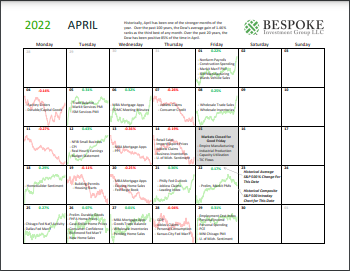 Earlier this week, we looked at US sector and individual stock performance since the COVID-low to give our readers a perspective on the huge moves seen since March 23, 2020. Today, we are looking into the performance of each major country ETF since the COVID-low to show you the differentiation across the globe for US investors. COVID impacted each country differently for a variety of factors. First, government responses differed greatly. Countries like China, Australia and Canada have been excessively restrictive, while most European countries were less stringent (with a few notable exceptions). Click here to view a “stringency” index generated by Our World in Data.

The second economically-impacting factor that has led to divergent equity performance has been buying power. With supply chain and inflation headwinds, poorer nations simply cannot compete for goods, as the order value ticked higher due to strong global demand and a constrained supply chain. These nations were essentially out-bid for everything they needed, be it food, gas, or durable goods.

A third factor is the mix of goods and services exported by each nation. Countries that are primarily commodity exporters (like Brazil and Australia) struggled initially, but have benefitted substantially as their average selling prices have soared. On the other hand, countries reliant on commodity imports have suffered, as the sky-rocketing of input costs dampens production and economic activity.

We could go on and on about all of the factors that impacted economic growth on a country-by-country basis. Needless to say, the performance in equity markets across the globe has varied greatly. Of the major country ETFs that we tracked, Canada has been the strongest performer since the COVID-low, largely due to their economic mix of commodity and services exports with very little manufacturing exposure (relative to comparable nations). Canada is close to self-sufficient in terms of inputs, as it is a commodity-rich nation. This holds true for Australia as well. Only Canada (EWC), Mexico (EWW), India (PIN) and Australia (EWA) have outperformed the US (SPY) since 3/23/20. Mexico benefitted from a shifting in the manufacturing environment, as port congestions and general supply chain woes pushed the US to ramp up Mexican imports. As labor became more and more expensive, an increasing number of corporations outsourced SG&A functions to India, which helped spur economic activity.

The worst performers have been Hong Kong (EWH), China (ASHR), Spain (EWP) and Japan (EWJ). China and Hong Kong have been negatively impacted by political fears, as China pushes for US-delisting and Hong Kong has seen its independency slowly fade. The table below summarizes the performance since the COVID-bottom (3/23/20) and on a YTD basis. As you can see, the top performer YTD by a substantial margin is Brazil, as their economy is highly concentrated into energy-related commodities. 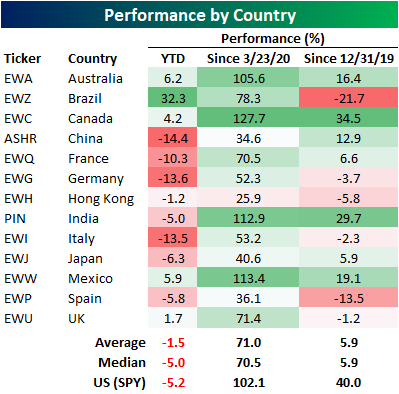 Below is a set of graphs that shows the performance of each country listed above since the end of 2019 just before COVID hit. While the US (SPY) is well above where it ended in 2019, many country ETFs are actually down since then. These include Brazil (EWZ), Germany (EWG), Hong Kong (EWH), Italy (EWI), Spain (EWP), and the UK (EWU).