After yesterday’s somewhat strange combination of positive economic data and dovish FOMC commentary, futures are showing continued positive momentum with equities indicating a modestly higher open led by the Nasdaq and Microsoft’s (MSFT) earnings after the close Thursday.  The stock is currently up over 3%, further cementing its place in the trillion market cap camp.  Treasury yields are modestly higher at the long end of the curve, and the 10-year vs 3-month curve is close to positive territory.

Read today’s Morning Lineup to get caught up on news and stock-specific events ahead of the trading day and a further discussion of recent earnings reports from around the world.

Each Thursday in our Sector Snapshots report, we highlight the relative strength of individual sectors versus the S&P 500.  One sector that stood out in last night’s update was Technology.  While the sector has been a market leader for some time, it has finally erased all of its underperformance from the month of May and is the only sector where relative strength is at a new high. 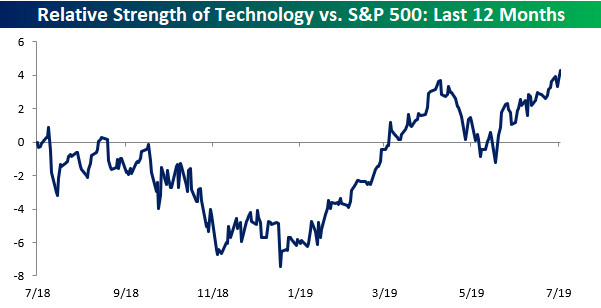 One contributor to the sector’s strength recently is semiconductors. From its highs in April to the May lows, the Philadelphia Semiconductor Index (SOX) nearly reached bear market territory on an intraday basis falling 19.8%.  Since then, the SOX has rallied 18.9%, and while it is still shy of new highs for the year, it did close on Thursday at its highest level since 5/6. 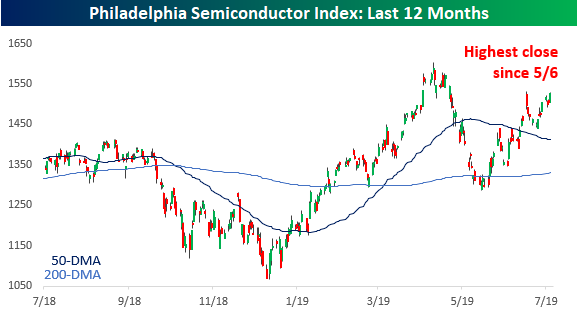