Bespoke’s Morning Lineup – Down: What Else is New?

“Money does not buy you happiness, but lack of money certainly buys you misery.” – Daniel Kahneman

Today, the futures aren’t even attempting to sucker traders in with a rally, so maybe today, we’ll actually get a bounce.  Treasuries are continuing to rally again this morning, while crude oil trades modestly lower and crypto plunges.  Overnight, China pledged further support to its economy.  On the geopolitical front, Finland has said it is preparing to apply for membership in NATO, and Russia has responded by threatening retaliatory steps of both military and ‘other’ measures.

We just got a chunk of economic data in the form of PPI and jobless claims.  In terms of PPI. headline CPI was in line with forecasts at a m/m gain of 0.5%.  Core PPI rose much less than expected at 0.4% vs 0.7%, but data for March was revised higher.  In terms of jobless claims, initial claims came in 10K higher than expected 203K vs 193K while continuing claims showed another drop falling to 1.343 million versus forecasts for 1.372 million.  Equity futures have seen little in the way of a reaction to the news while treasury yields remain lower.

In today’s Morning Lineup, we recap the recent developments in the crypto space (pg 4), overnight earnings (pg 5), economic data out of Europe (pg 6), and a lot more. 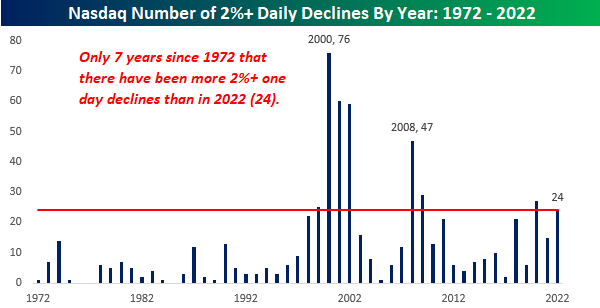