“But I do think that we’re going to do all that we can at the Federal Reserve to avoid deep, deep pain. And I think there are some scenarios where that’s likely to happen.” – Raphael Bostic

You know it’s bad out there when a Fed official ‘thinks’ that the Fed will do all it can do to avoid ‘deep, deep pain’.  Early on in the tightening cycle, Fed Chair Powell said that the Fed’s path to higher rates could result in a ‘softish landing’ for the economy.  A few weeks later, he noted that the policy could be accompanied by ‘some pain’.  Last week, the Fed chair told reporters that no one knows if this process will result in a recession.  Over the weekend, it wasn’t the Fed chair speaking, but Atlanta Fed President Raphael Bostic had the comments above in an interview on ‘Face the Nation’.  In the span of five months, Fed officials have gone from describing the impact of tighter policy on the US economy as a softish landing to short of ‘deep, deep pain’. 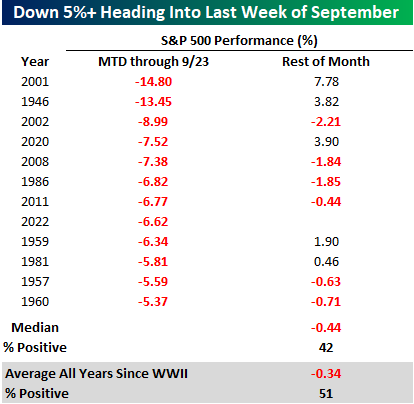