“I never once considered that it was appropriate to put taxpayer money on the line in resolving Lehman Brothers.” – Henry Paulson

Futures were higher earlier this morning than they are now, and as we’ve seen the last couple of days, equity markets have been struggling to hold onto gains throughout the trading day.  The fact that today marks the 13th anniversary of the Lehman bankruptcy also probably doesn’t help sentiment either.  Overnight, Retail Sales out of China showed an increase of just 2.5% in August whereas expectations were for a rate of nearly triple that.  Chinese Industrial Production also missed estimates, but at 5.3% was much closer to consensus forecasts for growth of just under 6%.

It wasn’t a good day for stocks in general yesterday, but the banks were one sector that was hit especially hard.  Of the six large banks shown below, Wells Fargo (WFC), which Senator Warren actually called for to be broken up yesterday, was the only one to finish the day in positive territory.  The other five were down anywhere from 1.36% (Goldman) to 3.14% (PNC).  Of the six, the only one that’s currently not in some sort of consolidation mode right now is Goldman which is still within 5% of its 52-week high from just two weeks ago.  While trading in the sector has been frustrating lately, look on the bright side, it’s not 13 years ago. 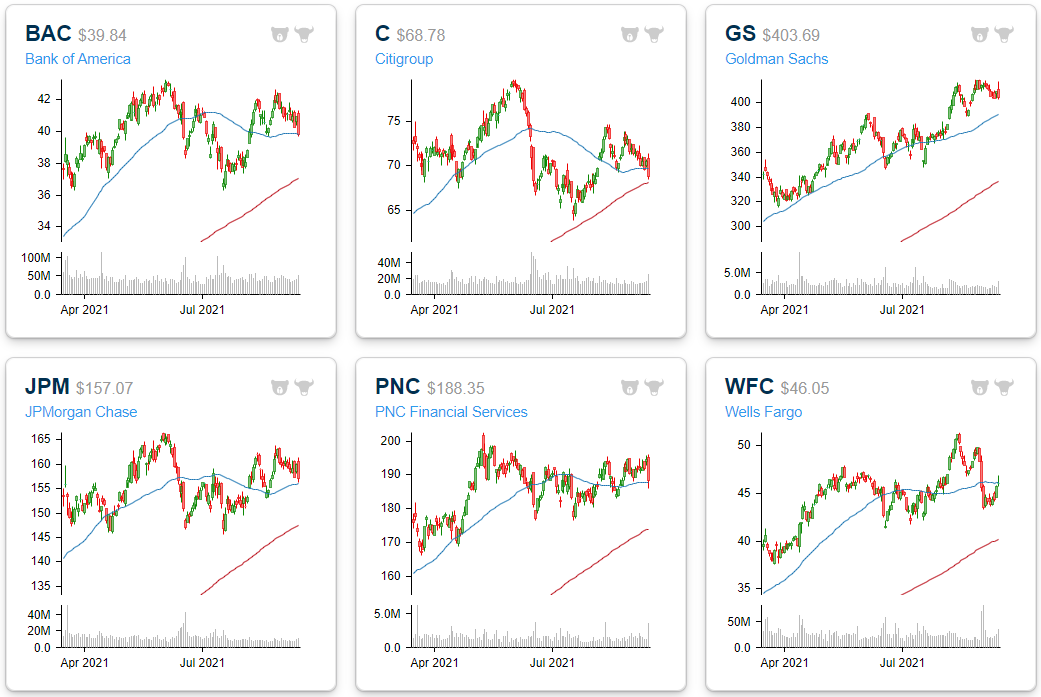