“The more you sweat in peace, the less you bleed in war.” – Norman Schwarzkopf

With Speaker Pelosi reportedly en route to Taiwan as we type this, markets are on edge this morning as China has threatened military action if the planned trip takes place.  Only Chinese authorities know exactly what the response will be, but we would expect more bluster than bite.  After a relatively slow day of earnings news yesterday, today will be a busy day, and there have already been a number of important reports this morning from the likes of Caterpillar (CAT), Uber (UBER), and Marriot (MAR) among others.  After the close, among others, we’ll hear from AMD, Gilead (GILD), Occidental (OXY), PayPal (PYPL), and Starbucks (SBUX).

Today’s Morning Lineup discusses earnings news out of Europe and the Americas, the rate hike in Australia, a detailed look at other economic data from around the world, and much more.

32 years ago today, Iraq invaded Kuwait, spurring a monumental surge in oil prices.  In the first five trading days of August alone, WTI surged more than 35% and nearly doubled in price through the fall as tensions in the region boiled over.  There are still more than enough geopolitical issues around the globe today to worry about, but unlike in August 1990, crude oil prices have been moving in the opposite direction.

After briefly trading above $130 per barrel earlier this year, crude oil has declined nearly 30% from its peak to under $95 per barrel, and just yesterday, closed below its 200-DMA for the first time in over six months. 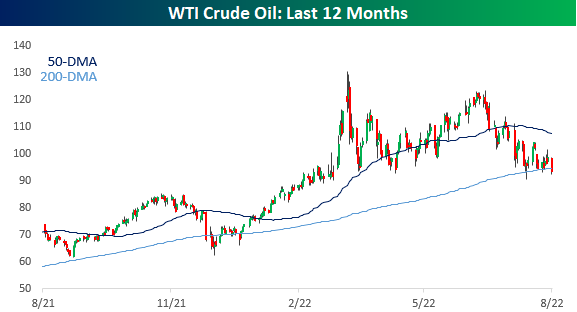 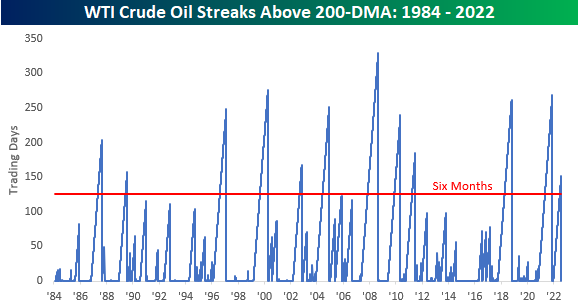