Futures have been mixed for most of the morning, and while they were closer to the flatline earlier, we’ve seen some strengthening in the Dow futures and weakening in the Nasdaq as some of yesterday’s moves are reversing a bit.  Today’s notable economic data point will be Consumer Confidence, and the only Fed speaker on the calendar is Richmond Fed President Thomas Barkin at 9 AM.  Also just released, CPI in Germany declined to 2.1% y/y which was in line with forecasts.  Lastly, in the financial sector, we’ve seen a number of dividend hikes and buyback announcements following stress test results yesterday.  The results were largely expected, but two of the more notable dividend moves were Morgan Stanley (MS), which doubled its payment, and Citigroup (C) which left its payout unchanged.

Read today’s Morning Lineup for a recap of all the major market news and events from around the world, an update on the Delta variant, notable economic data from Asia and Europe, the latest US and international COVID trends including our vaccination trackers, and much more.

The S&P 500 and the Nasdaq have regularly been making new all-time highs in recent days, but that hasn’t been the case for many of the other major averages.  Below we highlight the six-month price charts of a number of major US index ETFs.  Outside of SPY (S&P 500) and QQQ (Nasdaq 100), none of the other four have hit new highs in at least a month.  To be fair, the four indices that haven’t hit new highs are trading very close to new highs, so it’s not as though they are all breaking down, but as the third quarter kicks off, traders will look for some additional participation from the small and mid-cap areas of the equity market. 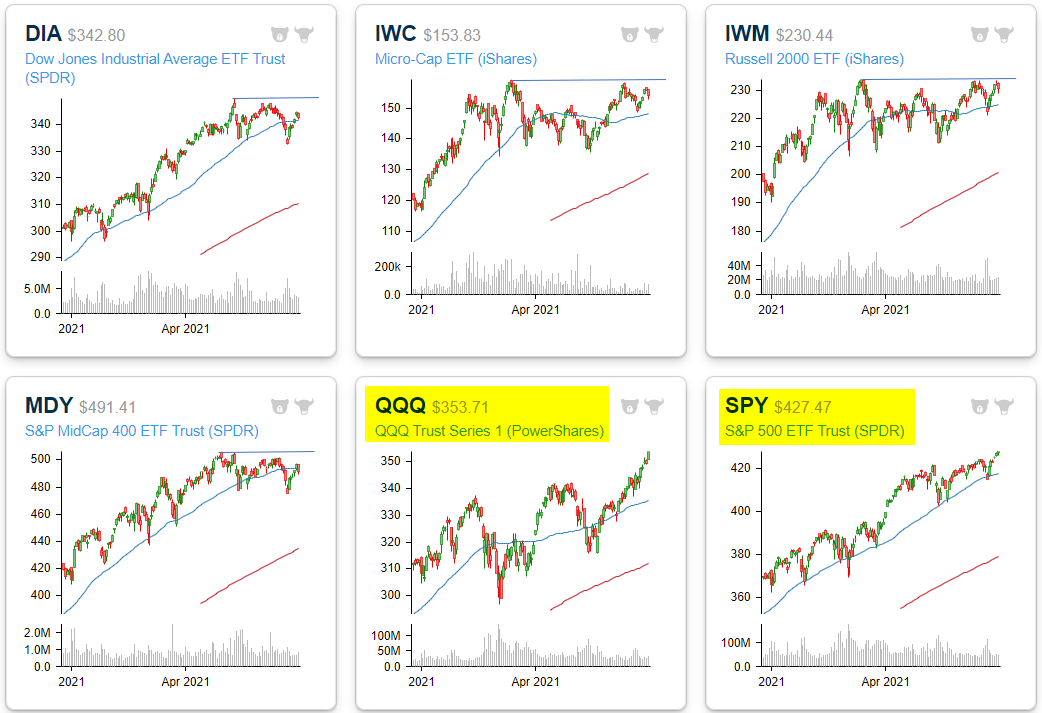