“Being on the tightrope is living; everything else is waiting.” Karl Wallenda

Nine years ago today, people all over the world watched with bated breath as acrobat Nik Wallenda became the first person to walk across the Grand Canyon on a tightrope. Technically, it wasn’t actually the Grand Canyon, but a gorge right near the Grand Canyon National Park.  However, the 1,800-foot highwire trek across the gorge that took place 1,500 feet above the ground (without a net) was impressive.  Wallenda’s Grand Canyon crossing came barely a year after an even more widely watched event where he became the first person to walk a tightrope over Niagara Falls. Talk about an ability to strike a balance!

Nik Wallenda is just one of a long line of ‘Flying Wallendas’ that have for decades been known for their death-defying stunts that mostly involve high-wire acts without a net.  Living on the edge is simply in their blood.

Up until recently, Fed Chair Powell has been attempting his own ‘Wallenda act’ looking to strike a delicate balance between raising interest rates to fight inflation and avoiding throwing the economy into recession on the other.  Just like Nik Wallenda’s walks over the Niagara Falls and The Grand Canyon, many out there say that it simply can’t be done.  Powell, on the other hand, remained optimistic up until recently, arguing in mid-May that removing accommodation and raising rates could be achieved with a ‘softish’ landing in the US economy that may be a ‘little bumpy’ but ‘still a good landing’.

In the month since those May comments, though, Powell has sounded less confident, increasingly leaning on the recession side of the wire in order to prevent a fall further onto the side of inflation.  Just yesterday, in Senate testimony, the Fed Chair noted that “We’re not trying to provoke, and don’t think that we will need to provoke, a recession, but we do think it’s absolutely essential that we restore price stability, really for the benefit of the labor market, as much as anything else.” Wallenda ultimately proved all his doubters wrong.  Is Powell’s balance anywhere near as good?

Futures have been bouncing around this morning, but have mostly been in positive territory after yesterday’s rebound from a sharply lower open.  Jobless Claims were just released and came in very slightly higher than expectations at 229K compared to forecasts for 226K.  Continuing Claims, on the other hand, came in 5K lower than the consensus forecast of 1.32 million.  Looking ahead to the rest of the day, Powell will testify in front of the House at 10 AM, and the EIA will release Natural Gas stockpiles at 10:30.  The release of crude oil inventories, which were already delayed by a day due to the Juneteenth holiday, has been postponed indefinitely due to system issues.

In today’s Morning Lineup, there’s a lot covered as we discuss overnight moves in Asian and European markets, central bank moves, and overnight economic data from Asia and Europe. 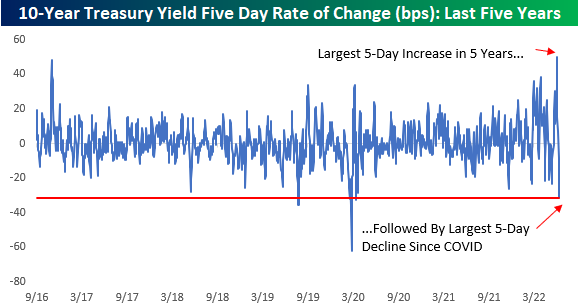