After a relatively large dip lower right around the time Europe opened for trading, today was looking like it was going to be some sort of repeat of Tuesday’s action when pre-market gains in the futures were erased after Europe opened.  At their 6:00 AM eastern lows, futures were down over 1% from their overnight highs, but since then they have rallied back more than 0.70% and firmly back in positive territory. The initial cause of the dip was a report from the OECD that estimated global growth would decline 6.0% this year and even more if a strong second wave of the virus emerges in the Fall and Winter.  Tell us something we don’t know.

CPI for May was just released and while economists were expecting both the headline and core readings to come in unchanged versus April, they both showed a 0.1% m/m decline.

Be sure to check out today’s Morning Lineup for a rundown of the latest stock-specific news of note, the rally in iron ore and copper, credit creation data in China, global and national trends related to the COVID-19 outbreak, and much more.

With this past week’s increase, purchase applications have now increased for a record eight straight weeks.  Even more impressive is the fact, that the index for purchase applications is just a whisker below the 10+ year high of 313.7 from back in January.  Historically low rates are fueling what looks like an extremely strong housing market. 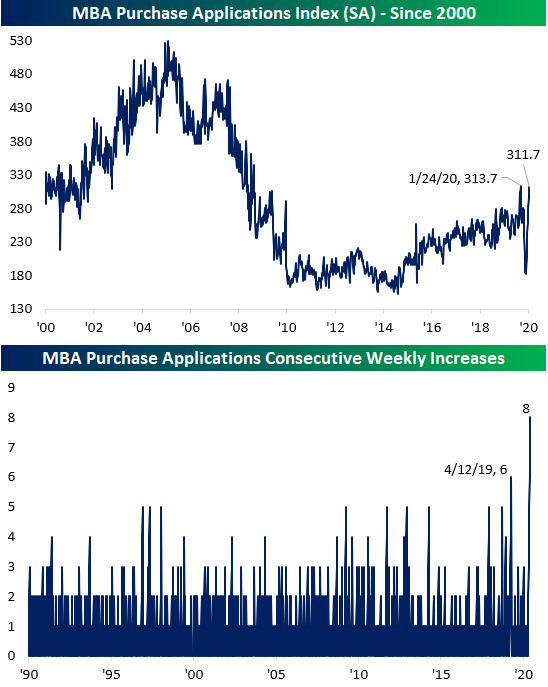