Futures are kicking off the week on a positive note as a lack of bad news over the weekend has some traders who were putting off adding exposure on a “Corona Friday,” deploying that capital today.  Crude oil, on the other hand, is a different story.  With nowhere to put it, WTI prices are down over 20%.  On the data front, it’s a relatively quiet day, but rest up because earnings season is coming in hot and heavy as the week goes on with Alphabet (GOOGL), Facebook (FB), Microsoft (MSFT), Amazon (AMZN), and Apple (AAPL) being the biggest names set to report.

Be sure to check out today’s Morning Lineup for a rundown of the latest earnings reports, the decline in crude oil, and the latest data on the coronavirus outbreak.

After the record declines and record rallies of the last two months, the S&P 500 heads into this week in a bit of a no-man’s land with the S&P 500 trading just above the middle of if its 52-week range.  From a psychological perspective, the fact that the S&P 500 closed out last week slightly above its mid-range is also a positive.  Going forward in the short-term, the 2,790 level is a key area to watch. 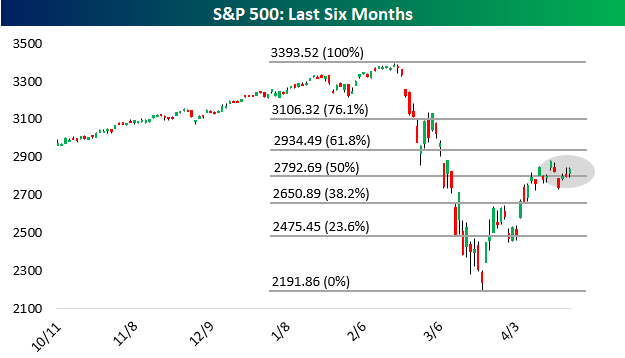 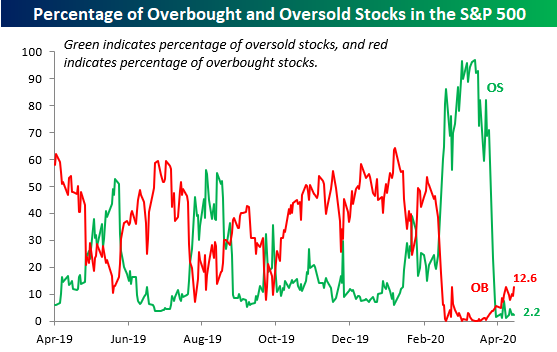