“If a man didn’t make mistakes he’d own the world in a month. But if he didn’t profit by his mistakes he wouldn’t own a blessed thing.” – Edwin Lefevre

What had been a sideways market overnight in the US equity futures market turned into a steady grind lower right with the opening bell in Europe.  S&P 500 futures are now indicated to open down about half of one percent.  While that would only bring the two-day decline to about 1%, after the one-way higher market we have seen since late March, it seems a lot more painful.  It’s all about perspective.

The economic calendar is quiet again today with no reports on the calendar.  In earnings news, after the close, the key companies reporting include Intuitive Surgical (ISRG) and Netflix (NFLX).

Read today’s Morning Lineup for a recap of all the major market news and events including a recap of the biggest overnight events including some key earnings reports, economic data out of Asia, as well as the latest US and international COVID trends including our vaccination trackers, and much more.

Within the US equity market, two of the hottest areas in Q4 and earlier this year were small caps and Energy, but like the Technology sector late last summer, both of these have now run into some serious consolidation.

Starting with small caps, besides the Russell Micro-Cap ETF (IWC), the Russell 2000 (IWM) is the only other index ETF currently below its 50-DMA.  Sure, it’s less than 1% below that level but when just about every other index ETF is 4% or more above that level, it’s a pretty wide performance gap.  As shown in the chart below, the Russell 2000 is in a bit of limbo as it is smack dab in the middle of the range it has traded in since the start of the year. 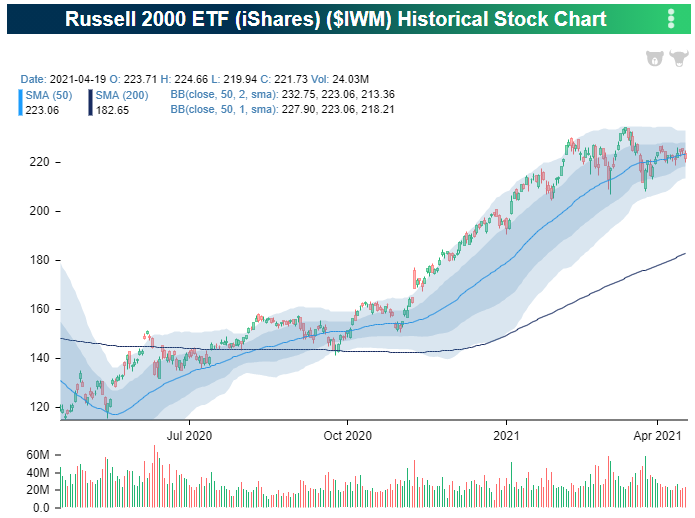 Like small caps at the index level, Energy (XLE) is the only sector currently below its 50-DMA.  Here again, it’s less than 1% below that level, but when the other ten sectors are trading anywhere from 3.3% to 7.4% above their 50-DMAs, Energy’s underperformance really stands out.  The chart picture for Energy looks similar to small caps, although we would note that it is currently trading right at levels that have provided support multiple times since late February. 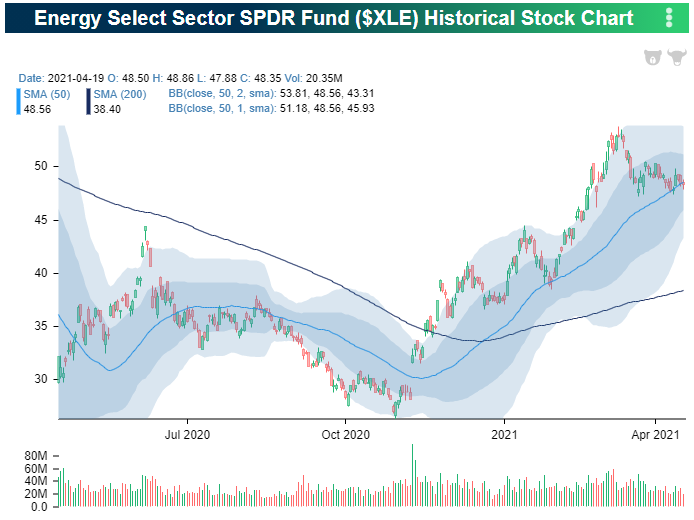