“Some people don’t like change, but you need to embrace change if the alternative is disaster.” – Elon Musk

After yesterday’s gain, ten out of eleven sectors have posted positive returns over the last week and are above their 50-day moving averages.  With the rally, a number of sectors have now also moved into overbought territory with two – Consumer Discretionary and Financials – now at what we classify as ‘extreme’ overbought levels (more than two standard deviations above their 50-day moving average).

The Consumer Discretionary sector has really surged over the last seven trading sessions after breaking out above resistance earlier this month.  It must be optimism on the part of investors over a strong holiday season for the retailers. Right? 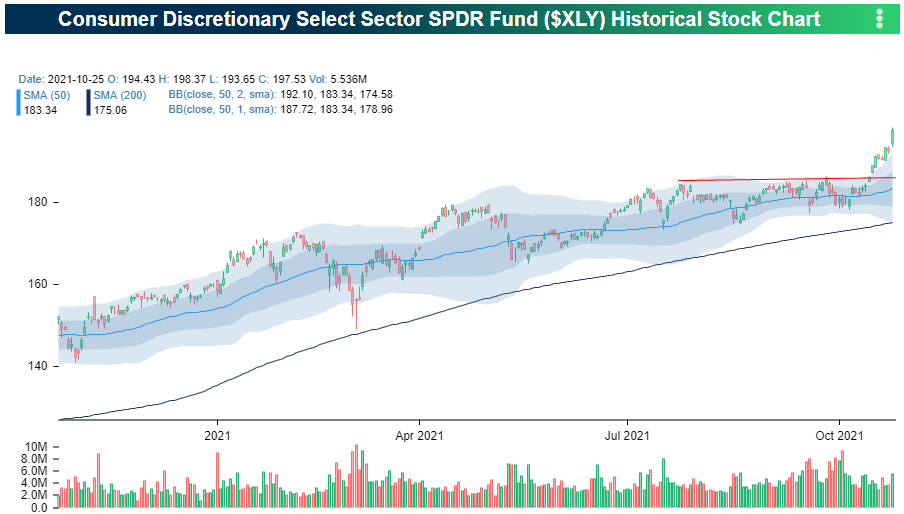 Well, not exactly.  Normally, when the Consumer Discretionary sector sees a large gain, the reflex response is to pull up a chart of Amazon.com (AMZN) which accounts for about a fifth of the index.  But looking at the performance of AMZN over the last several months, it has not contributed anything to the sector’s performance. 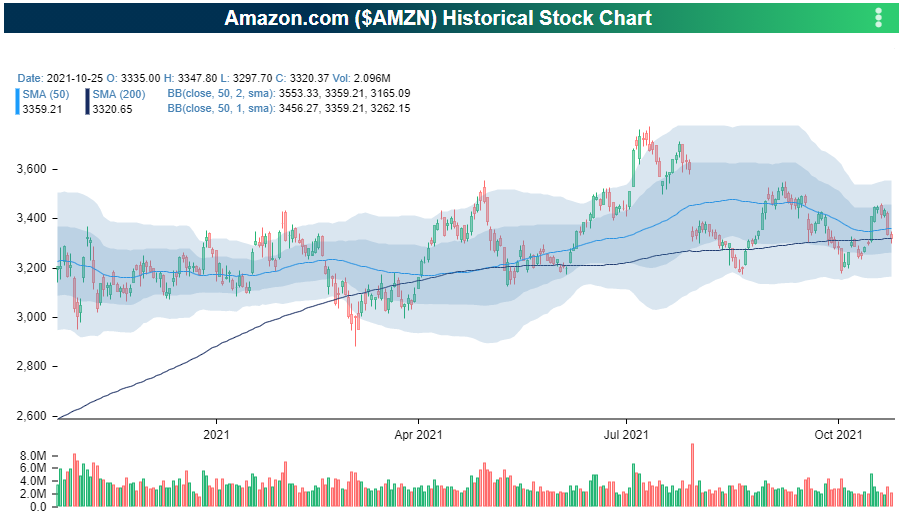 The main driver of the Consumer Discretionary sector during this most recent run has actually been Tesla (TSLA).  Yes, TSLA is actually classified as a Consumer Discretionary sector stock, and given its recent surge to the trillion-dollar market cap level, it has become an increasingly large share of the sector.  In fact, we’re getting to the point where out of a sector of more than 60 stocks, AMZN and TSLA account for close to 40%. 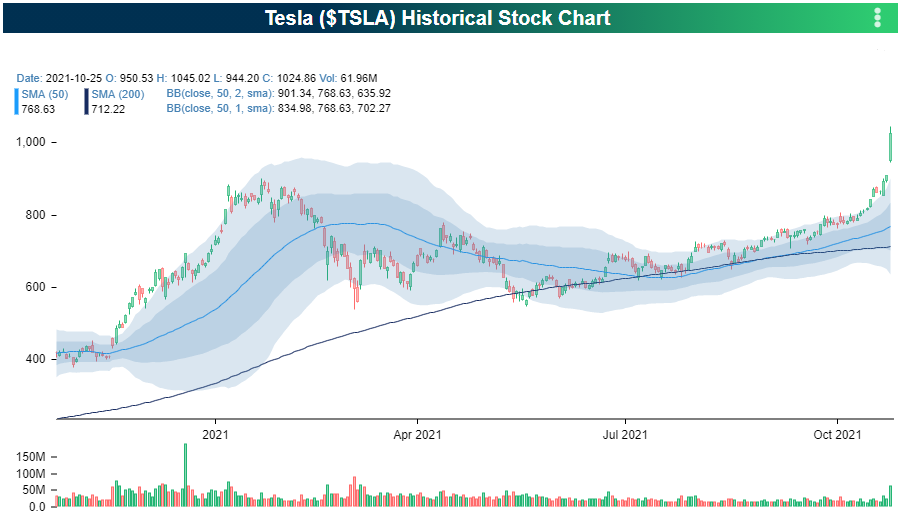