“The truth does not change according to our ability to stomach it.” – Flannery O’Connor

They’re trying to pick up the pieces in Washington DC today after Congress certified the results of the November election very early this morning.  Futures are up and indicated to open at more record highs.  In economic news, both initial and continuing jobless claims came in lower than expected.  Regarding the Fed, there are a number of speakers on the calendar today, so those comments will be watched closely.

As we often say, markets are usually better off when Washington isn’t the story, so hopefully, there is no breaking news on that front going forward in the days ahead.

Be sure to check out today’s Morning Lineup for updates on the latest market news and events, the results of the electoral college certification, economic data out of Europe, an update on the latest national and international COVID trends, and much more.

The rally in bitcoin just won’t stop.  While a normal price chart of the crypto-currency looks crazy enough, looking at bitcoin’s ascent in terms of its price relative to gold is even crazier.  After today’s 8% rally, one bitcoin is now worth a pound and a quarter of gold.  On Election Day, one bitcoin was worth a half-pound of gold, which at the time we thought was a lot.  At the end of the year, though, the ratio moved to a pound, and year to date, bitcoin’s price has rallied more than 30%- in less than a week! 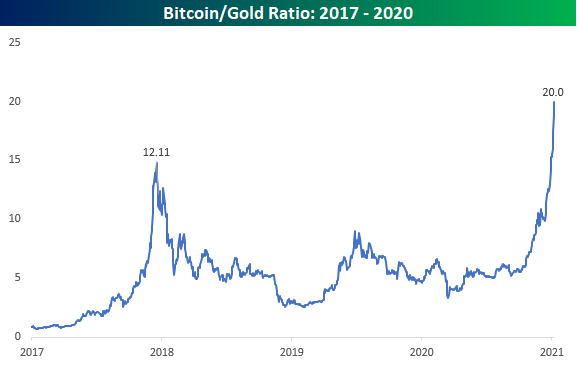 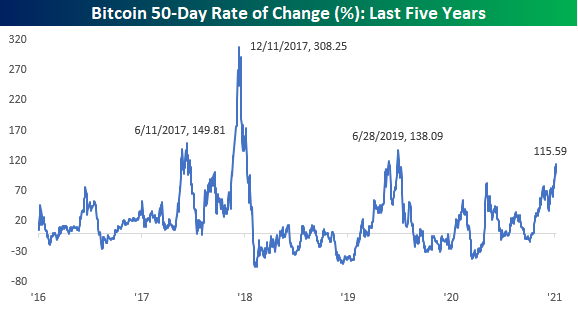