“I’m only rich because I know when I’m wrong.” – George Soros

Markets are flipping the script this morning as the pattern of futures overnight and into this morning has been the complete opposite of the pattern Wednesday night into Thursday morning.  Whereas futures traded lower most of the night Wednesday and rallied into the open, overnight futures were positive but started to aggressively sell-off after Europe opened. Geopolitical events are a major issue weighing on sentiment as President Biden reportedly told Ukrainian President Zelensky that a Russian invasion was ‘virtually certain’ even as Zelensky has asked Biden to tone down the rhetoric and ‘ calm down the messaging’.

It may be Friday, but there are some important economic data on the calendar.  The Employment Cost Index, Personal Income, and Personal Spending all just hit the taps while Michigan Confidence will hit the wires at 10:00. In terms of the reports already released, the Employment Cost Index rose slightly less than expected while Personal Income saw a smaller than expected increase and Personal Spending dropped right in line with forecasts (-0.6%).

As we have noted throughout the last several trading days, futures have done a terrible job at predicting market direction lately, so there’s a good chance that by the time the closing bell rings, things will look different than they do now.

The S&P 500 is currently down just over 10% from its recent record highs in what has been a relatively rapid deterioration in equity markets.  In the span of just two weeks, the S&P 500 tracking ETF has given up both its 50-day and 200-day moving average (DMA), and neither level provided anything in the way of support.  The next level to watch is the lows from last fall, and that level may not even hold through the end of the day. 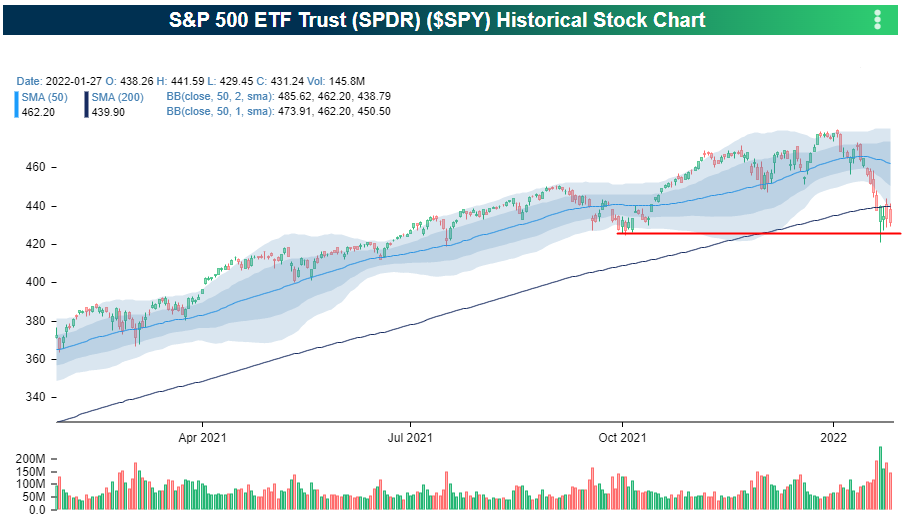 While the 50 and 200-DMAs for SPY didn’t provide much in the way of support, on Wednesday’s first attempt to rally back above the 200-DMA, it acted as resistance.  In Wednesday’s trading, the S&P 500 opened higher and briefly rallied above the 200-DMA but faded throughout the trading day.  Just as the 200-DMA tends to provide support in an up-trending market, it tends to act as resistance during downtrends, so until SPY can rally back above its 200-DMA, the burden of proof is on the bulls. 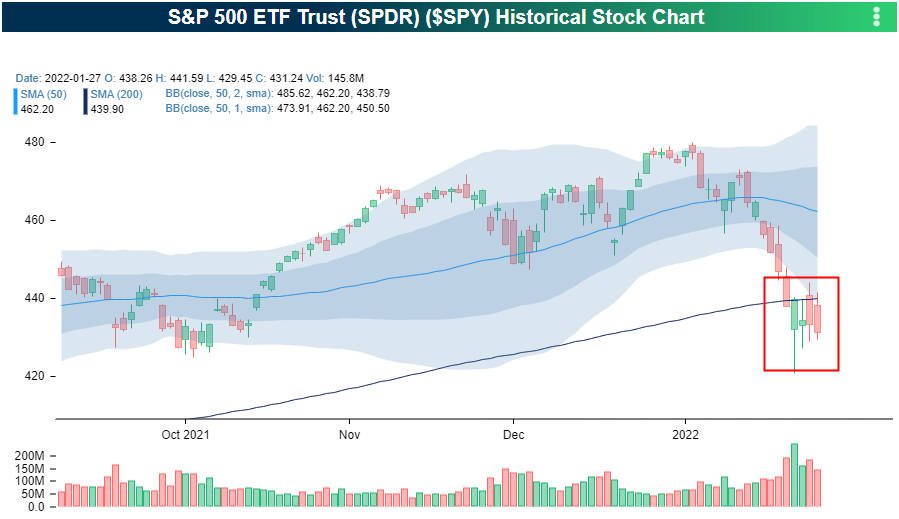