“Every once in awhile, you do have a bad day.” – Adam Vinatieri, retired placekicker who holds the NFL career points record.

In Friday’s Morning Lineup, we noted the weak pre-market action in stocks that had just reported earnings.  A number of key banks and brokers reported Q4 earnings on Friday and initially sold off on the news ahead of the open.  But we actually saw nice intraday reversals once the opening bell rang.

Amazingly, of the nine stocks that reported earnings on Friday morning, all nine opened lower when trading began at 9:30 AM ET, and all nine also traded higher intraday from the open to the close.  It’s rare to see such a big intraday turnaround across the board.

We’ll be monitoring earnings results closely over the next month or so, but so far since the new year began, numbers have been solid.  As shown in the snapshot from our Earnings Explorer, 71% of companies have beaten EPS estimates to start 2023, while 67% have beaten sales estimates.  The average stock that has reported has gained 1.31% on its earnings reaction day as well. 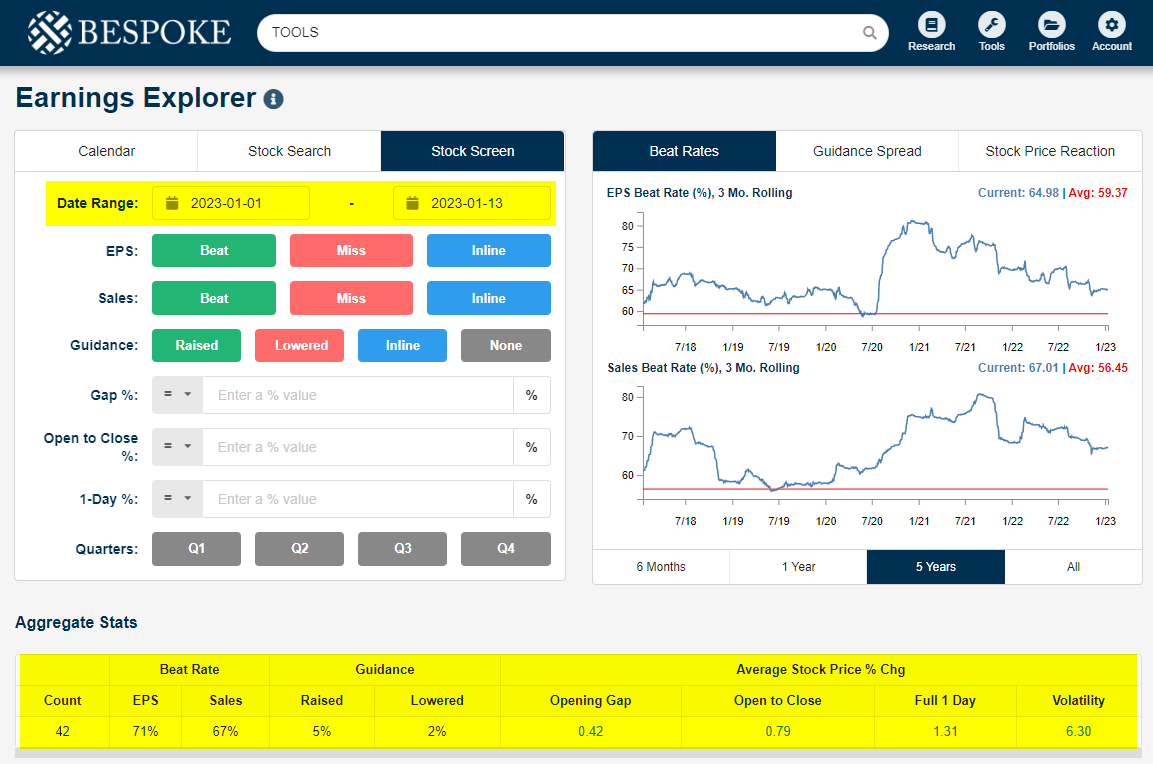 This morning both Goldman Sachs (GS) and Morgan Stanley (MS) reported their quarterly numbers, and of the two, MS had the stronger report with a nice revenue beat.  Goldman, on the other hand, missed sales expectations due to weakness in investment banking and asset management.  The stock is currently trading down 2.4% in pre-market trading.  That’s an anomaly for Goldman actually, which has managed to open higher on nine of its last ten earnings reports.  The only other time Goldman has opened lower on earnings since mid-2020 was following its January report last year when it gapped down 5.49% at the open.  That day the stock continued lower by another 1.57% from the open to the close of trading.