It’s looking like another one of those Corona Fridays for US equities as futures are trading down around 3% piggy-backing off the declines we’re seeing in Europe.  News that UK Prime Minister Boris Johnson has tested positive for the virus isn’t boosting sentiment either.  Here in the US, there are also concerns that the House vote on the relief bill will be forced to an in-person vote instead of unanimous consent and that would force members to return to DC from their districts and delay the ultimate passage.  On the House bill, we should know by noon whether the bill will be able to be passed today, but given it’s a Friday and the market is closed for the next two trading days, it’s hard to convince investors to hold equities into a weekend where the headlines are more likely to be bad than good.

Read today’s Bespoke Morning Lineup for a discussion of the latest trends and statistics of the outbreak, overnight moves in the market, and the plunging levels of confidence just released in Italy. 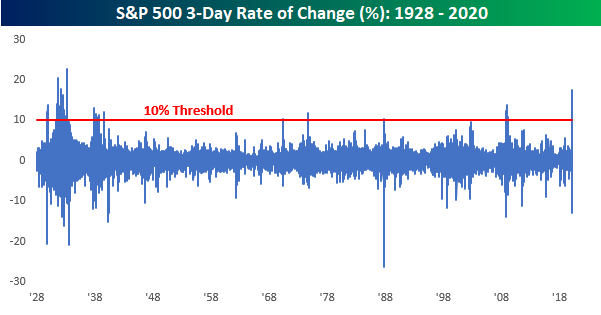