We were expecting the worst monthly report on record in today’s Retail Sales report for April, and the bar wasn’t set nearly low enough.  While economists were forecasting a 12.% m/m decline in sales, the actual decline was much larger at 16.4%.  Ex Autos and Ex Autos and Gas, the declines were even weaker.  Not bad enough for you yet?  Well, March’s report was also revised lower.  To put the last two months in perspective, total retail sales have declined by more than 23%.  That’s nearly a quarter of total sales! 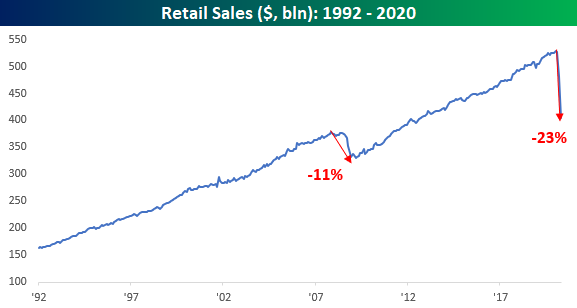 Among individual sectors, the sharpest decline in sales has come from the Clothing sector.  From its recent peak, the monthly rate of sales in this sector has declined by nearly 90%.  Apparently, we’re becoming a nation of nudists! 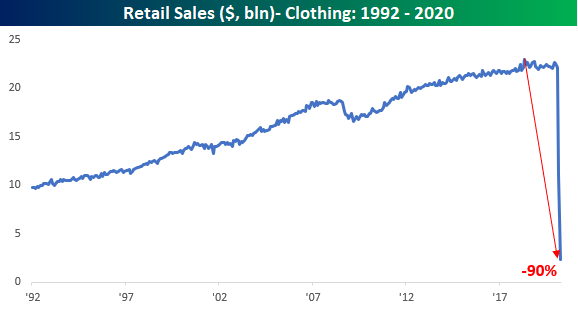 For anyone with more than a passing interest in how the economic shutdown is impacting economic data, our monthly update on retail sales is a must-read.  To see the report, sign up for a monthly Bespoke Premium membership now!