The S&P 500 is down under 2% from its record closing high on September 2nd and has been hovering right above its 50-DMA this week.  While neither of those may sound dramatic, it seems to have sent shivers down the spines of individual investors given the results of this week’s sentiment survey from AAII. Bullish sentiment has made a turn lower since its high of 43.4% two weeks ago, but this week, the reading plummeted down to 22.4%.  That is the lowest level in bullish sentiment since the last week of July 2020 and is in the bottom 5% of readings since the start of the survey in 1987.  The 16.5 percentage point drop is even more notable ranking in the 1.9th percentile of all week over week moves. It was the largest decline since August 2019 when bullish sentiment dropped 16.78 percentage points in a single week. 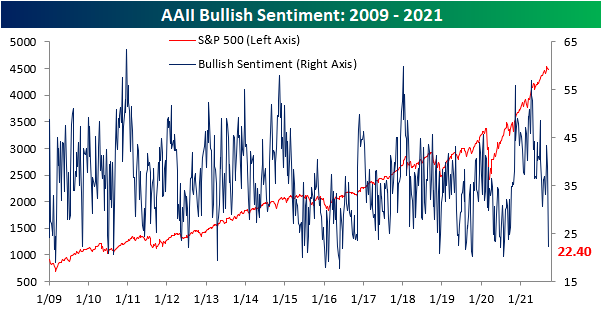 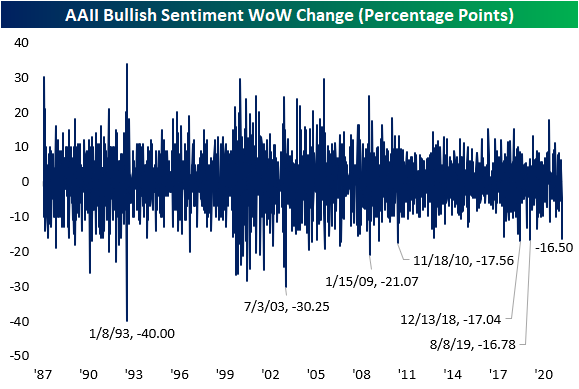 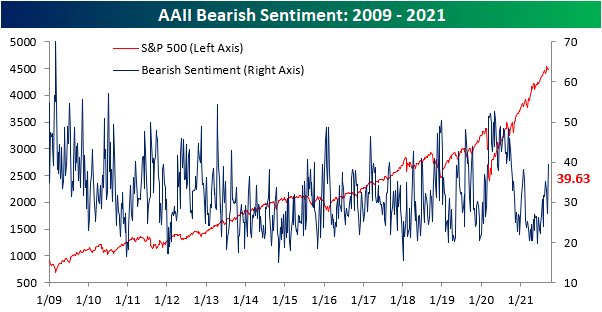 As a result of those big inverse moves in bulls and bears, the spread between the two crashed back into negative territory meaning bears now outnumber bulls for the first time since the week of August 19th.  While it has not been too long since bears outnumbered bulls, the degree to which that is the case is significant. The last time that the bull-bear spread was as negative as it is now was in August 2019. 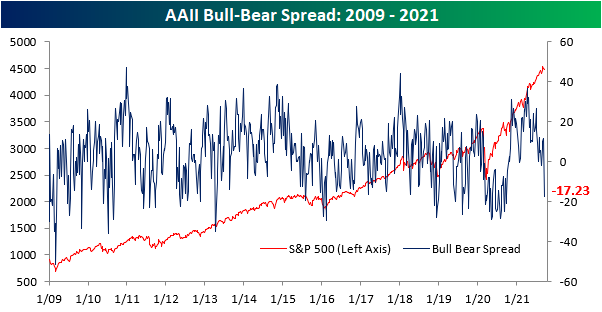 That is not to say all the losses to bullish sentiment went to the bearish camp.  Neutral sentiment rose for a second week in a row adding over 15 percentage points in that time. Currently, 38.3% of respondents are neutral.  That is an elevated reading but only the highest since the end of July. 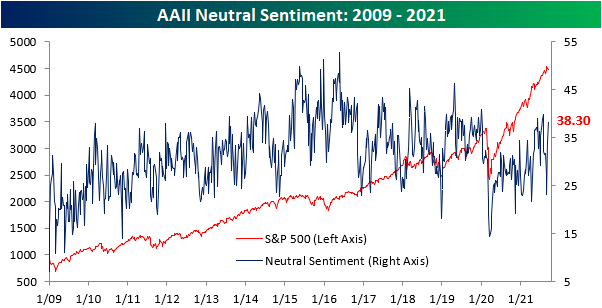 To see how the S&P 500 has performed following similar types of sentiment readings, make sure to log in.  If you aren’t currently a subscriber, sign up for a two-week trial to Bespoke Premium to view the rest of this report.