After a false alarm Tuesday, the S&P 500 finally closed above its 200-day moving average (DMA) on Wednesday for the first time since 2/27. 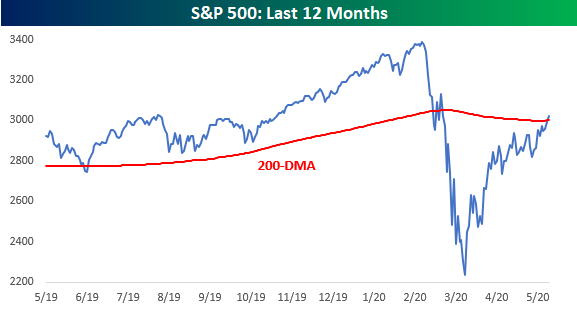 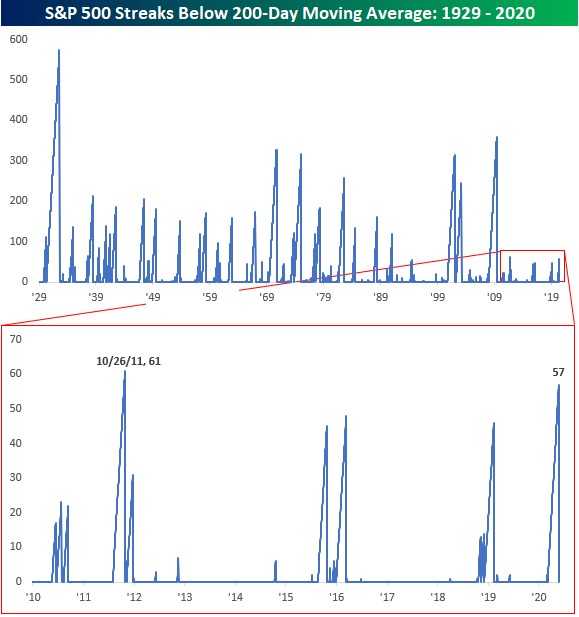 In a just-released report, we looked at the S&P 500’s performance following similar upside breaks of the 200-DMA.  For anyone interested, sign up for a monthly Bespoke Premium membership now!