Just when you thought you saw it all, along comes the saga of GameStop (GME).  The stock’s rally, which actually has been going on for months but really went into orbit in the last few weeks, seems to make no fundamental sense.  GME is basically the Blockbuster of video games.  It sells physical versions of video games that most players are now buying digitally or streaming.  None of this was news to anyone paying attention, and the stock had been a favorite of the short-selling community for years. If you were just coming to the eureka moment that the GME business model faced structural headwinds, you probably shouldn’t be in the investment business.

With such a stiff secular headwind howling in its face, GME’s surge has been completely written off as market manipulation and a concerted effort by the reddit community to take out the short-sellers. And when you see charts like this, it’s not fundamentals driving the stock.  The trading in GME was originally written off as a bunch of ‘video-game playing yahoos’ on message boards blindly following each other, but in the story of GME that has emerged, there was a method to the madness.   Fitting to GameStop’s motto, it was a “Power to the Players” moment, where we were reminded of the quote, “Within every lie, there is usually a hint of truth, and within every truth, there is always a hint of a lie.” 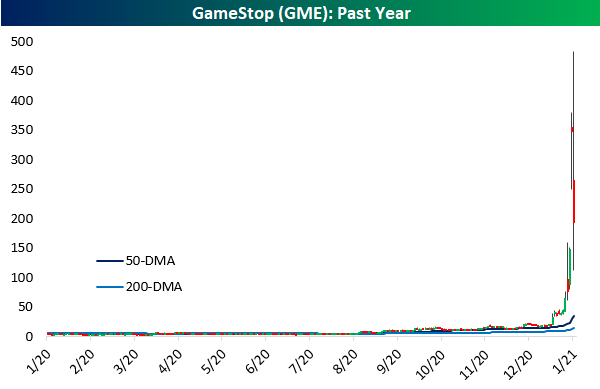 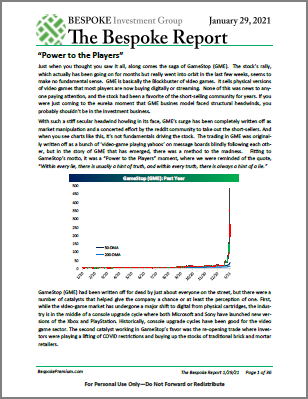