You Call This A Bull Market? 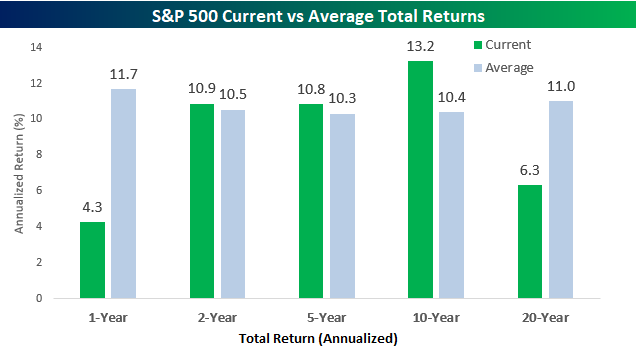 When we compare current returns to all other periods in terms of the percentile rank, they’re even less impressive. Over the last year, the S&P 500’s current one-year gain only ranks in the 31st percentile compared to all other periods.  Over the two and five year periods, current returns are just under the 50th percentile compared to all other two and five year periods, and for the ten-year time period, which is the best relative to average of the five time frames shown, current returns are only in the 61st percentile.  Where performance really looks pathetic, though, is the 20-year window.  The S&P 500’s current annualized return of 6.3% only ranks in the 5th percentile, meaning that 95% of all other 20-year periods have been better than the current 20-year window. Start a two-week free trial to Bespoke Institutional for full access to our research and market analysis. 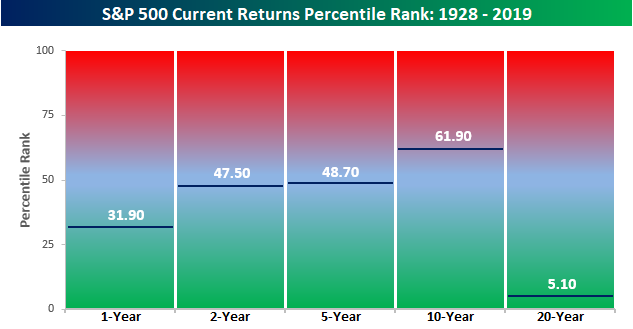