Initial jobless claims data through the final week of 2021 was released this morning remaining above 200K versus expectations of a drop down to 195K. At 207K, seasonally adjusted claims were at their highest level since the last week of November when they were 20K higher. Although claims have not been improving in recent weeks, the current levels are in line with the low end of the range from prior to the pandemic which is also around the strongest levels in several decades. 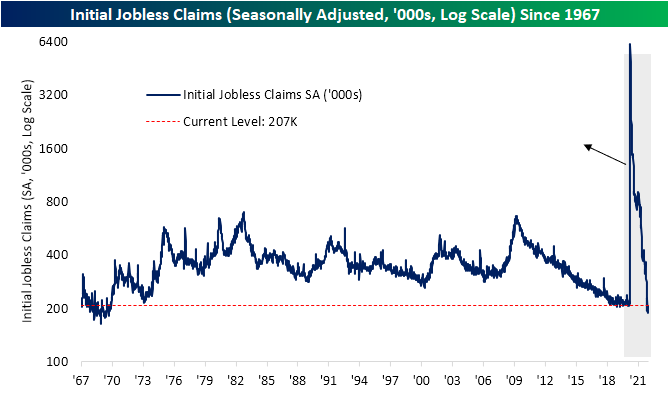 Looking back on 2021, it was an interesting year for the dataset.  The first half of the year saw a steady and rapid decline in claims as they were continuing to come off of historic levels set earlier in the pandemic. By mid-year and continuing into the final quarter, they had essentially returned to levels consistent with the historical average. Then, whereas the final few months of the year have historically marked a time that claims rise into year-end, claims generally fell throughout the fall and only noticeably began to experience that seasonal uptick in November and December.  That resulted in claims to finish the year well below the historical average for the current week of the year. 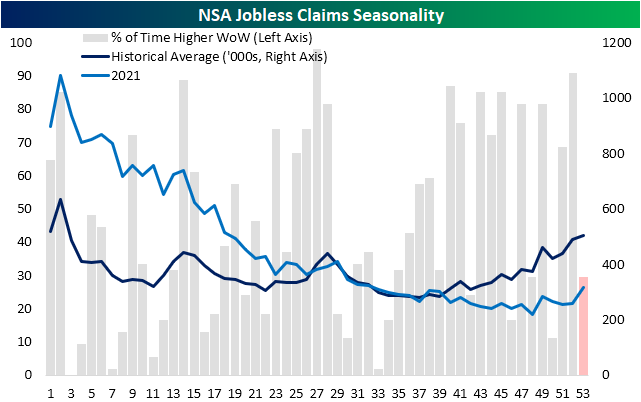 Turning to continuing claims, which are delayed an additional week to the initial claims data, the week of December 24th saw a 36K increase to 1.754 million. While higher, the current level remains over 100K below the one from only two weeks ago. 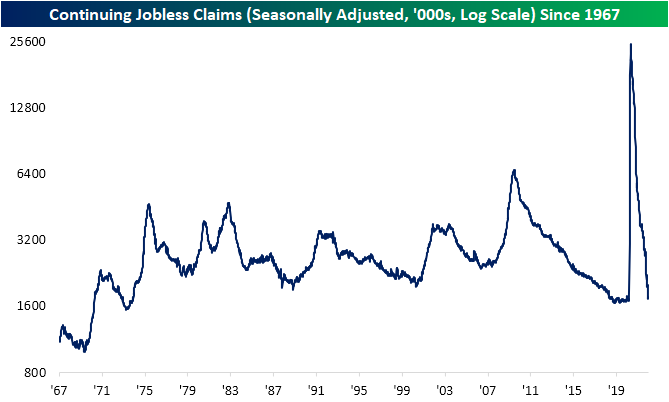 Pandemic era programs faced official expiration in September, but there were some residual claims reported in the following months. With that said, those levels declined, and by the final week reported (December 10th) total claims across PUA and PEUC programs only accounted for a combined 255.1K. With the new year, the Department of Labor is no longer reporting total national counts for these programs.  With those changes over the past several months, that means the composition for continuing claims is comprised massively by regular state programs once again and the other major contributor, though to a much less impactful degree, is extended benefits programs. Total claims across all reported programs are now a fraction of their pandemic highs at only 1.73 million.  Click here to view Bespoke’s premium membership options. 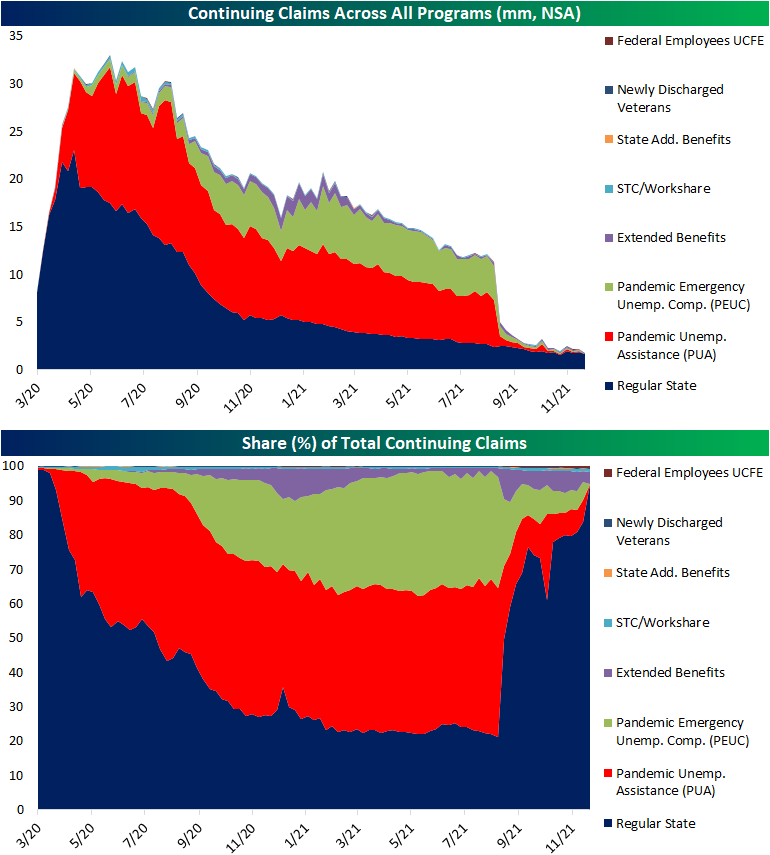