Worst Year for Sentiment On Record

Bullish sentiment measured by the weekly AAII survey has been a series of back and forth moves over the past several weeks.  After reaching the highest level in over a month last week, bullish sentiment fell back down to 27.7%.  Even with that decline, bullish sentiment has now managed to hold above 25% for at least three weeks in a row for the first time since the start of the year. We also must note, that the AAII survey collects data from Thursday at 12:01 AM through Wednesday 11:59 PM meaning any boost to sentiment from yesterday’s FOMC post-meeting rally will not necessarily be fully captured in this report. 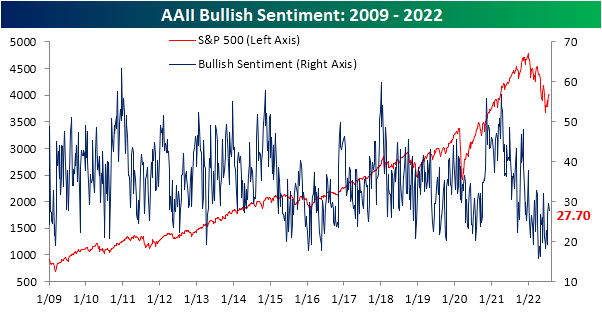 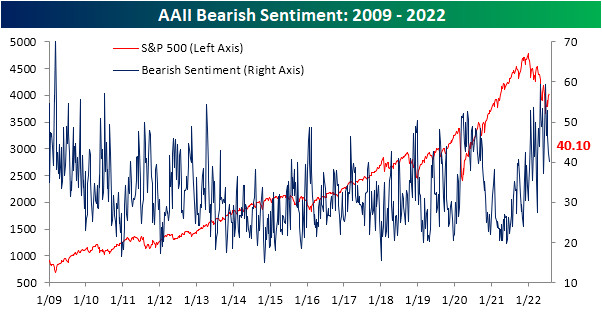 Given the drop in bulls was slightly smaller than that of bears this week, the bull-bear spread continued to move in a less negative direction.  However, in spite of any improvement, this week was the 17th negative reading in a row as that streak remains the third longest on record. 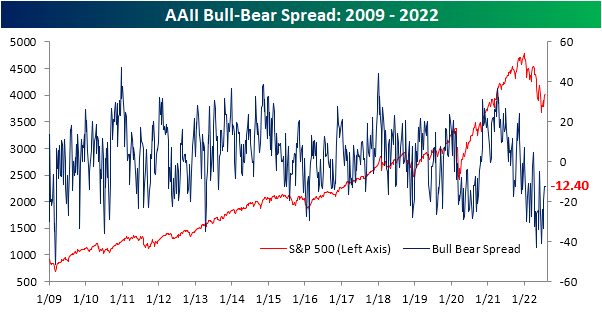 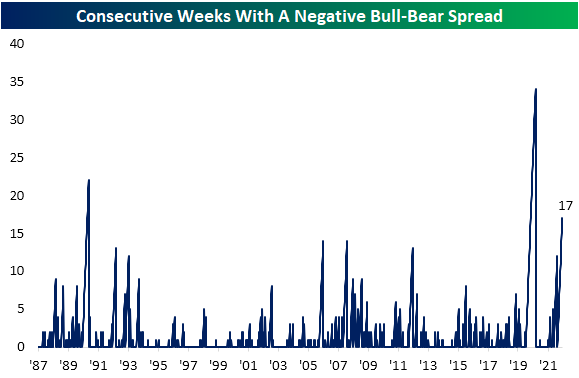 Not only have bears outnumbered bulls for 17 straight weeks, but there has actually only been one week this year (the final week of March) in which that was not the case.  As a result, this year is on pace to have averaged the lowest levels of bullish sentiment and the highest levels of bearish sentiment of any year in the survey’s history. 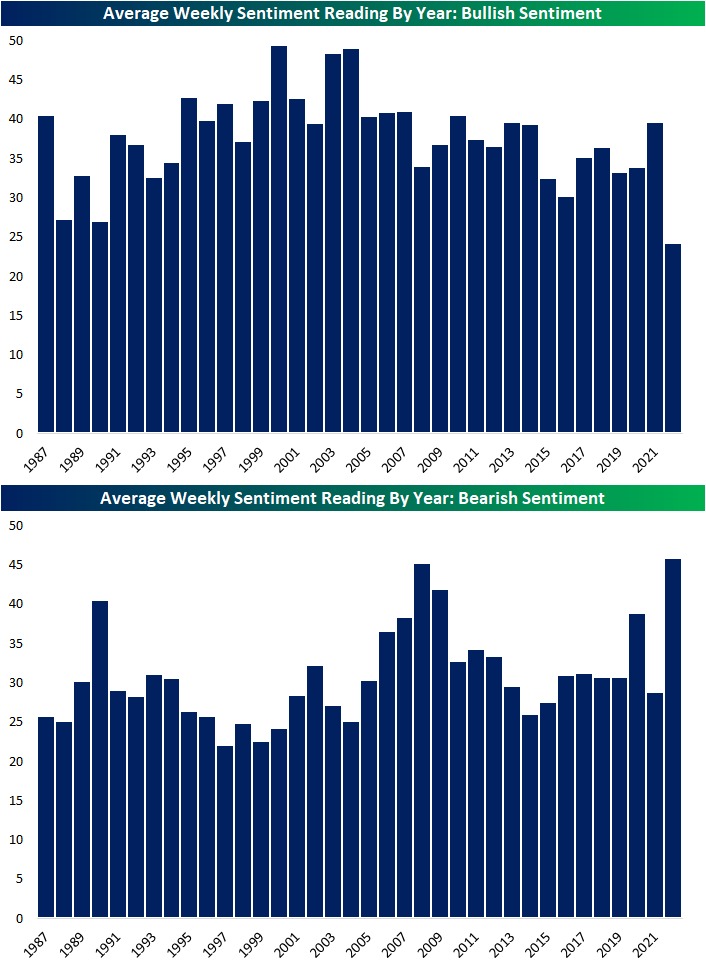 With both bulls and bears lower in the most recent survey, neutral sentiment picked up the difference rising to 32.2%.  That is the most elevated reading since April and back into the middle of the post-pandemic range. Click here to learn more about Bespoke’s premium stock market research service. 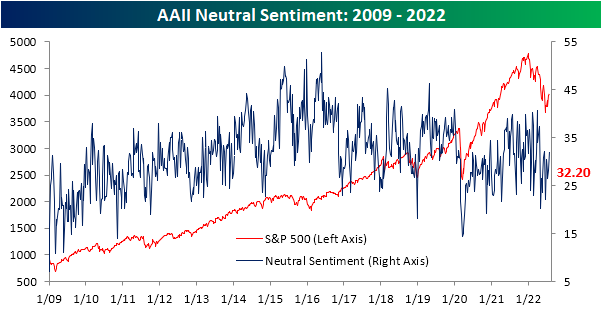