Worst Week of the Year For Claims

Initial jobless claims remain historically healthy in the low 200K range, but the most recent week’s data did mark one of the highest readings of the year.  Coming off of last week’s unrevised 231K, claims rose 4K to the highest level since the second week of the year when they clocked in at 240K.  That remains a much better reading than what was observed throughout much of the history of the data, but it is at the higher end of pre-pandemic readings (those from roughly 2017 through 2019). 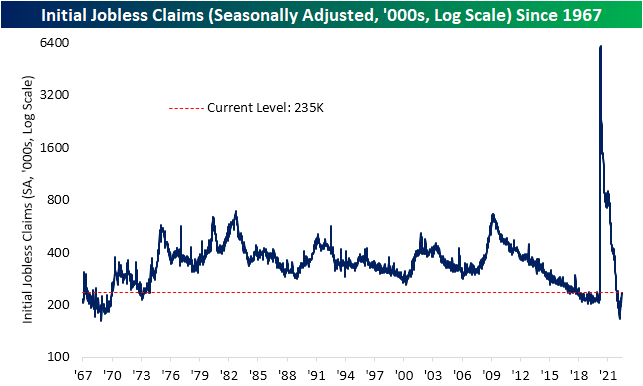 As for the non-seasonally adjusted number, the current week of the year is essentially guaranteed to see a week-over-week increase. The current week has historically been the worst of the year in terms of week-over-week moves only having seen unadjusted claims fall once since 1967. That one decline was in 2020 when claims were working off unprecedented record highs.  Given that historically consistent drift higher in claims during this point of the year, next week has historically averaged a temporary peak in claims. While that lends to the possibility of claims continuing to rise next week, the current reading is below that of comparable weeks of pre-pandemic years. In other words, claims are following standard seasonal patterns and are doing so at historically strong levels even if they have come off the absolute strongest levels of the pandemic. 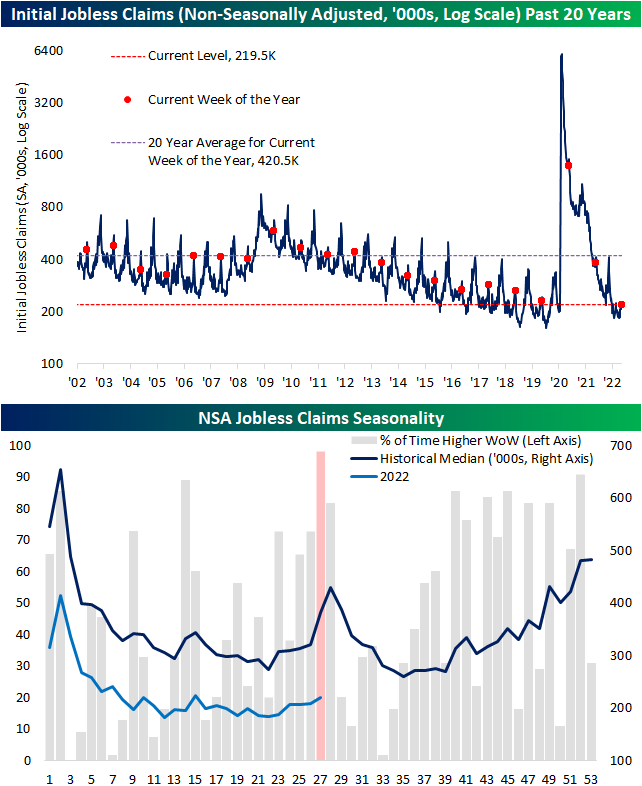 Continuing claims have also begun to come off of the best levels of the pandemic. Adjusted continuing claims were expected to go unchanged at 1.328 million this week. Instead, they rose up to 1.375 million; the highest level since the week of April 22nd when claims were 12K higher. Click here to learn more about Bespoke’s premium stock market research service. 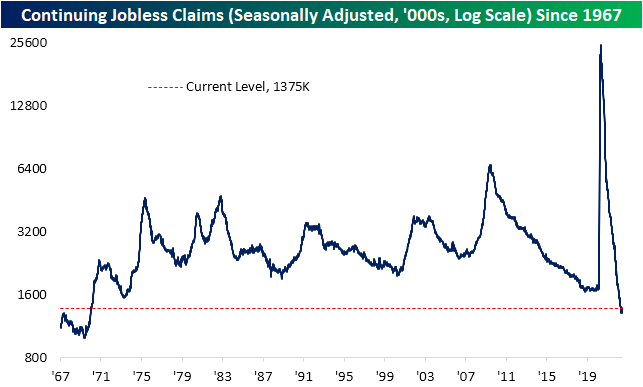