Bad Starts to May for the Nasdaq and Russell 2000

One week ago in our Chart of the Day, we noted how the Nasdaq 100 was having a rough start to May.  One week later that has continued to be the case as the declines keep coming. Looking at the Nasdaq Composite (which has a longer history than the Nasdaq 100) the index is down again today as of this writing which leaves it down nearly 5% month-to-date. From a seasonal perspective, early May is not exactly the best time of year, but even with that in mind, since the index began in 1971, that ranks as the second-worst performance through the first seven trading days of May on record.  Only 2000 saw weaker performance in the same time span, but it was much larger at nearly twice the magnitude of this month’s drop. Additionally, while the decline MTD is steep, 2000 saw a much larger decline that was an entire 4.5 percentage points larger than this year.

So far this month, other major US indices are also lower with the exception of the Dow which is still up 0.72% MTD even after the past couple of days of declines.  That is the best start to any May since 2018 and is roughly twice as strong as the average performance through the first seven trading days of all Mays since 1971. The S&P 500, on the other hand, is lower month to date but that 1.33% decline does not really stand out compared to past years as it does for the Nasdaq or the small-cap Russell 2000.  The Russell 2000 more closely resembles the Nasdaq.  It is on pace for a 3.64% decline MTD which like the Nasdaq is the worst start to the month of May since 2000. The only other years that come close to as weak in terms of performance were declines of over 3% in both 2012 and 1979. Click here to view Bespoke’s premium membership options for our best research available. 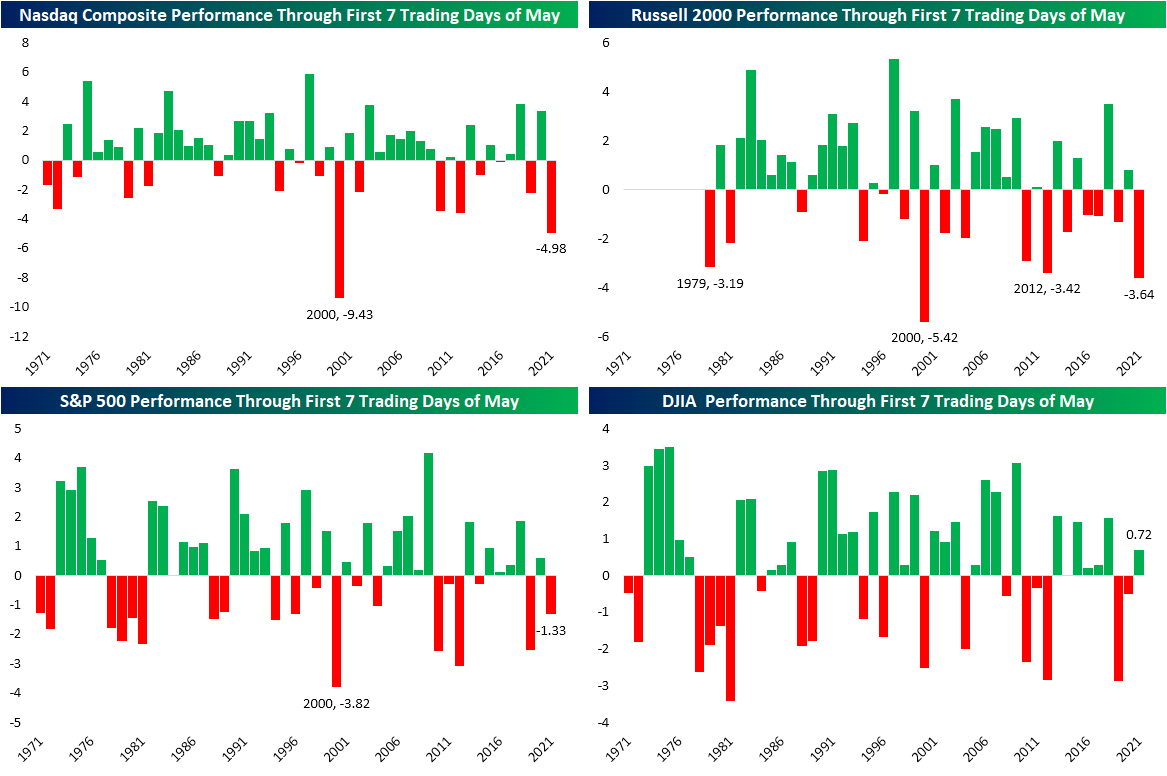