Winning Streaks Coming to an End

In the table below, we show the past 24 times since the start of 1979 when the Russell 2000 first began that the S&P 500, Dow, and Russell 2000 saw simultaneous winning streaks of at least five days come to an end.  From the close of the first down day that snapped these past streaks, performance has generally leaned positive over the following year. The next week has averaged gains for each of these indices, though we would note, median returns are weaker as big gains following the 2008 occurrence have a heavy impact on the average.  In fact, median performance one week after the end of these streaks is actually weaker than the norm for the one-week performance of all periods for each index.  For the Dow, in particular, there is a median decline over the next week with positive returns only half the time.  One month later has also only seen the index higher half the time while the S&P 500 and Russell are more frequently higher. The performance further out is generally more positive although there is some underperformance relative to the norm.  Although the indices are consistently higher three, six, and twelve months later, only the six month period has tended to outperform the norm across each index.  Specifically for the Russell 2000, performance is notably strong with positive returns 91.67% of the time.   Click here to view Bespoke’s premium membership options for our best research available. 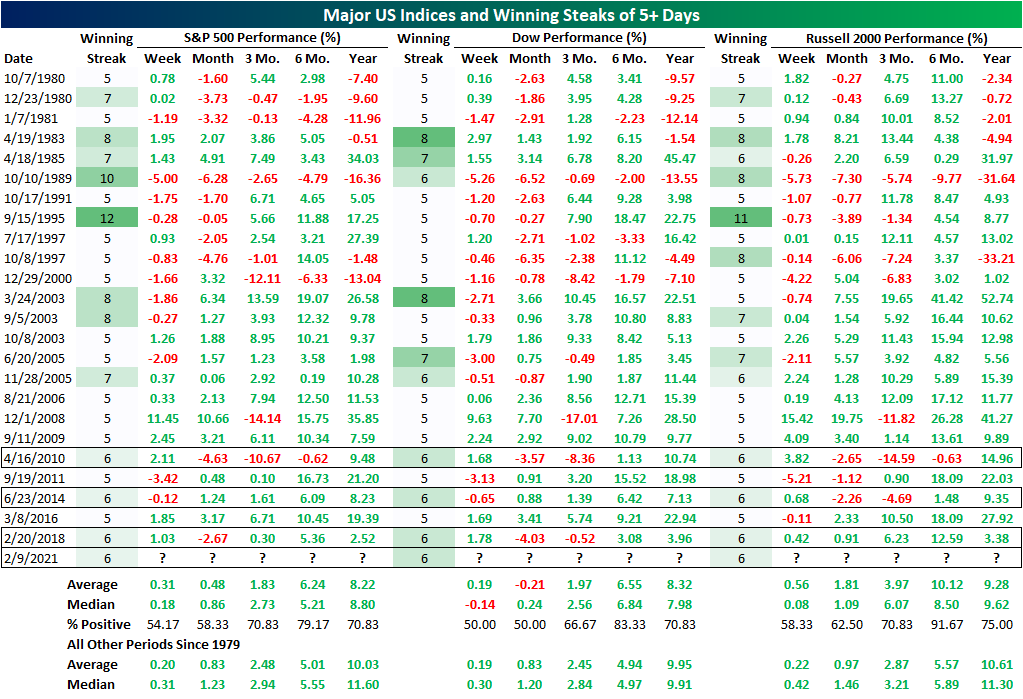 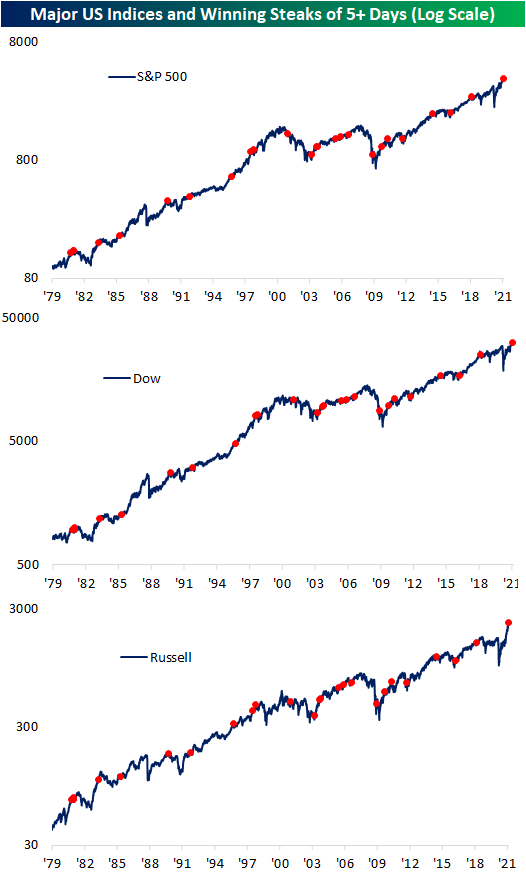