Winners and Losers During Trump’s Presidency 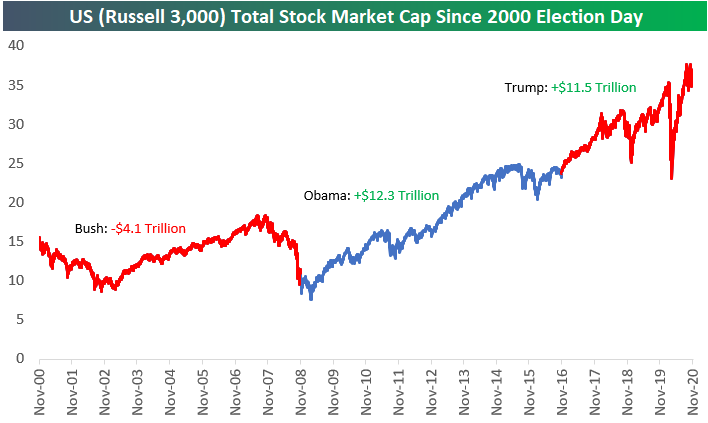 Looking at US sector ETFs, the Energy sector (XLE) is a huge outlier with a decline of 48.3% since Trump was elected.  Technology (XLK) and Consumer Discretionary (XLY) are up the most with gains of 154% and 97%, respectively. 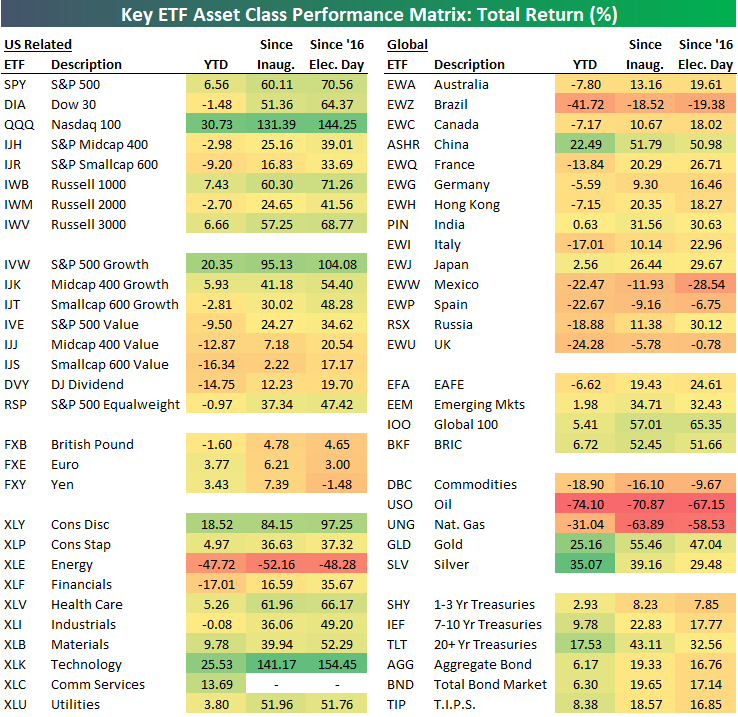 The US (SPY) is up more than any other country with a gain of 70.6%, while China (ASHR) is up the second most at +51%.  Whatever happened with the trade war certainly didn’t hurt the US and China versus the rest of the world on a relative basis. 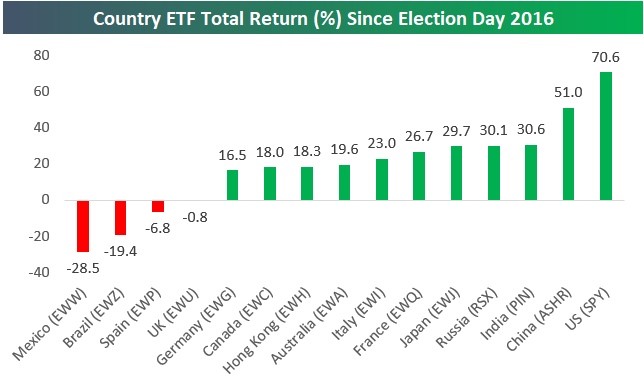 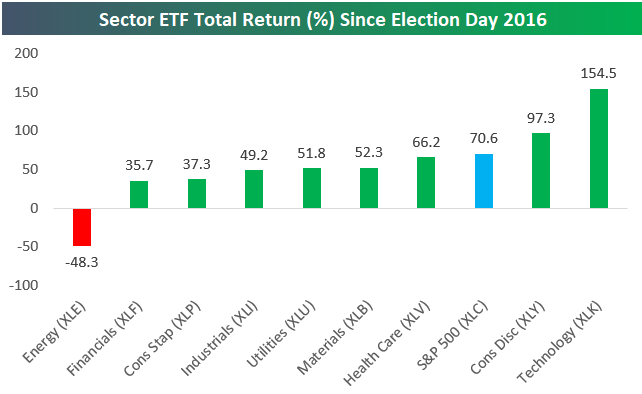 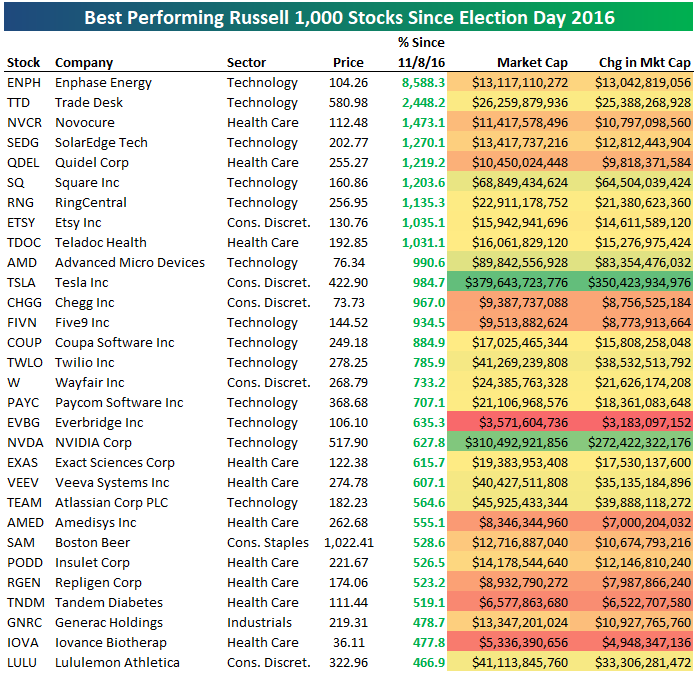 In terms of market cap gains for individual stocks, the numbers below are quite eye-popping.  Apple (AAPL) has gained the most in market cap since Trump was elected with an increase of $1.257 trillion!  Amazingly, both Amazon (AMZN) and Microsoft (MSFT) have added more than $1 trillion in market cap as well.  Prior to the last few years, no company was even close to having a $1 trillion market cap, but at this point, AAPL, AMZN, and MSFT have gained that much in the last four years.  Click here to view Bespoke’s premium membership options for our best research available. 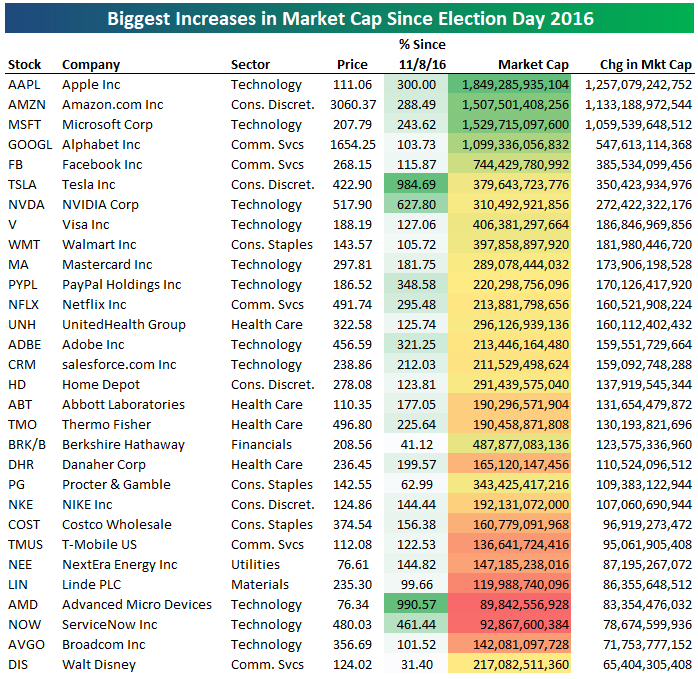