Silver got off to a very strong start to February this morning as front-month futures traded up as much as 12.76% at the highs.  Prices have since pulled back from those opening highs, but silver is still up around 7.5%.  Another proxy for the metal, the Silver ETF (SLV) experienced a record opening gap of +11.04% this morning; the first time ever it gapped up more than 10%.  The next largest gap up on record was a 7.76% gap in October of 2008. As shown in the charts below, front-month futures (based on settlement price) are now at their highest level since August 10th of last year, although earlier today it was even higher at its best level since 2013. Even after having pulled back intraday, silver futures are still on track to see a single day move in the top 1% of all days since 1975. 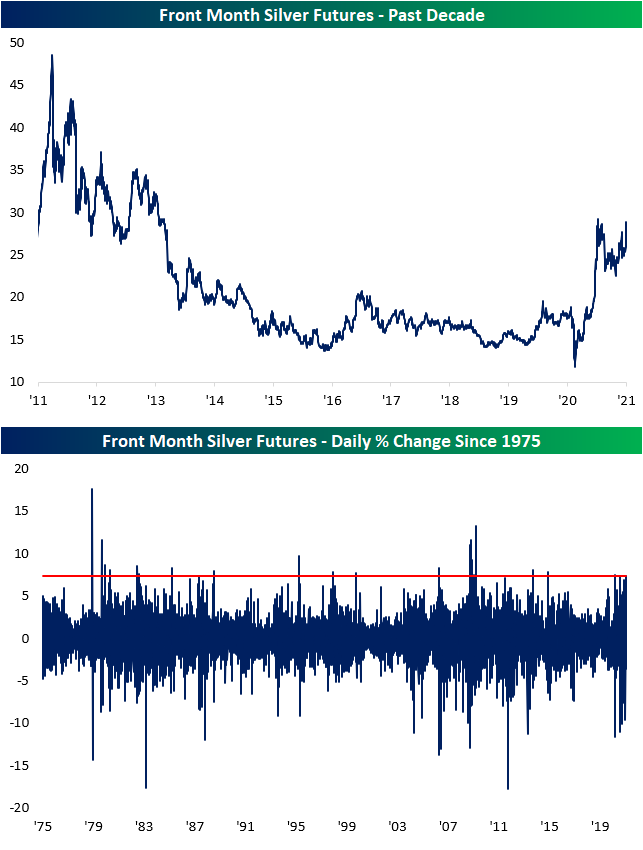 As of this writing, silver is up 7.4% on the day.  In the table below, we show the past times since 1975 that silver was up at least 7% in a single day without another occurrence in the prior six months.  The last such move was the equity market bottom of the bear market last year.  Prior to that, you would have to go back to 2014 to find another time that silver experienced that large of a move.  Across these past instances, performance has held a negative bias. Over the following weeks and months, median returns have been negative and silver has been higher less than half the time.Click here to view Bespoke’s premium membership options for our best research available. 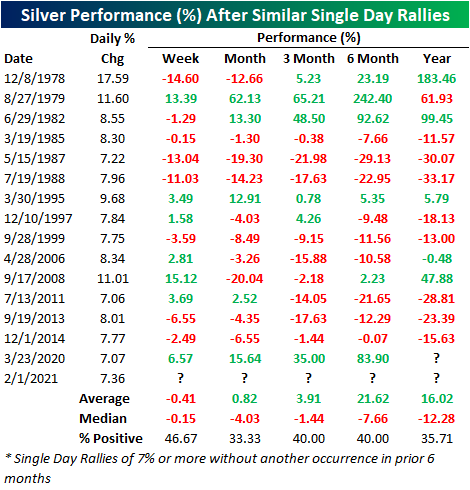