Talk about a wild year. Check out the monthly moves in the S&P 500 so far this year.  You probabably thought it was volatile in Q1 when the S&P 500 had two declines of 5.3% and 3.1% followed by a gain of 3.6%.  Q2 saw even bigger swings with two declines of over 8% sandwiched between the month of May when the S&P 500 was up by the smallest amount possible (0.01%).  In Q3, the S&P 500 rallied 9.1% in July, but then gave back all of those gains and more in the subsequent two months.  Q4 started off on a positive note with a gain of nearly 8%, but there’s still two months left to give back all of those gains as well. 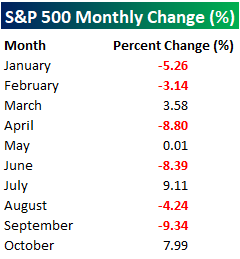 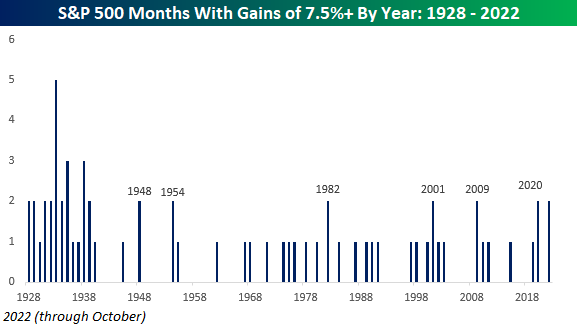 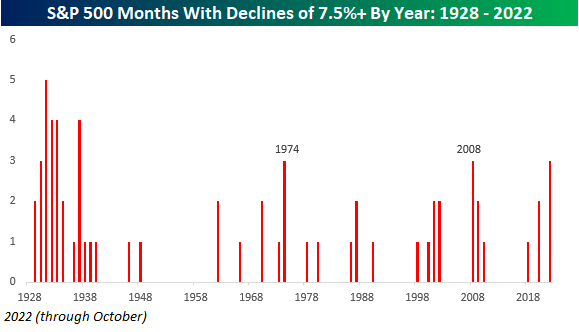 Combining the two series together is where things really start to get interesting.  With five monthly moves of at least 7.5% in either direction, there hasn’t been a single year in the post-WWII period with more- and there are still two months left to go.  The only years with a higher number of 7.5% monthly moves were 1931, 1932, and 1932.  While market-makers (are there any of those anymore) may be loving the volatile trading environment of 2022, most investors probably can’t wait to wipe the slate clean in 2023. Click here to learn more about Bespoke’s premium stock market research service. 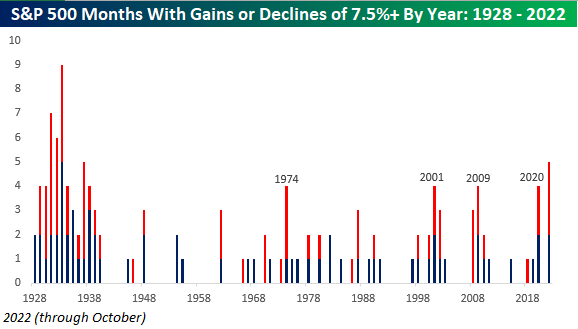