Where the Jobs Are and Aren’t

In last night’s Closer, we reviewed data from job listings website Indeed.com made available through the St. Louis Fed. While somewhat convoluted, Indeed’s indices show the year-over-year change in the seven-day moving average of the seasonally adjusted number of job postings on their website indexed to February 1st of 2020. For the most recent data updated through February 12th, job listings in the US have continued to trend higher up 3.9% year over year.  Indeed also breaks down this data on a state-by-state basis. As shown in the heatmap below, most states in the Midwest and South currently have postings up year over year, but some coastal states like New York and California as well as some Southwestern states are lagging in their recoveries.  By far the worst state continues to be Hawaii which is likely a result of a crippled travel industry. 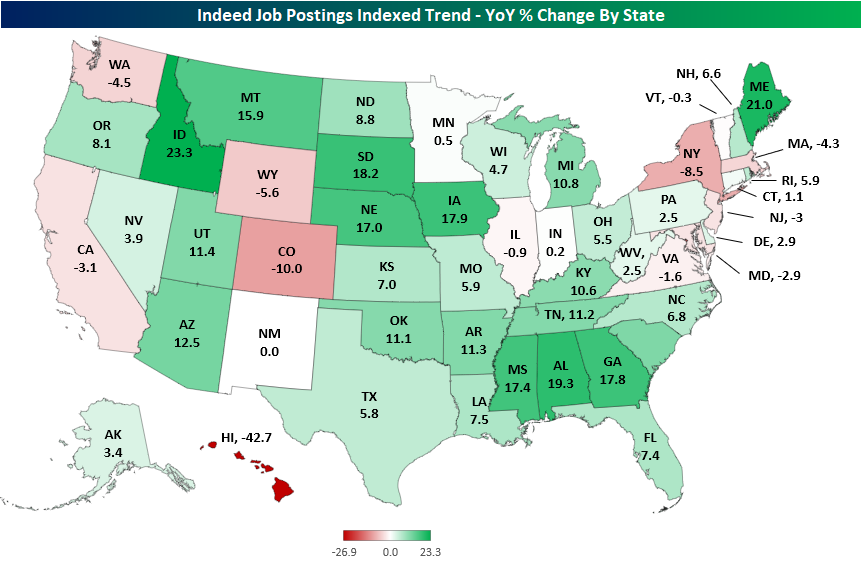 Getting even more granular, Indeed also provides the data broken down by metro areas with populations larger than 500,000 people of which there are 110.  Below we show the 20 metros that have the strongest and weakest job posting readings as of February 12th.  Unsurprising given the state-level reading, Honolulu, Hawaii has the weakest reading followed by San Jose and San Francisco, California.  Taking a look at the other weakest metro areas, there are a number of massive areas like New York City, LA, Boston, Chicago, DC, Seattle, and Denver to name a few.  On the other hand, smaller metro areas dominate the list of those that have job postings most improved from a year ago. 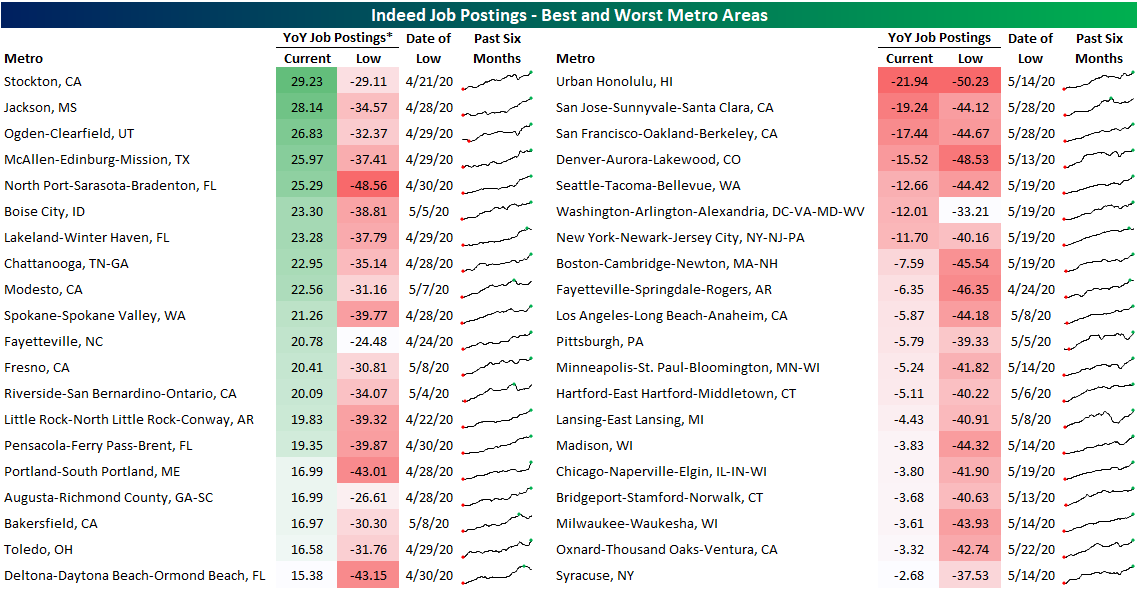 Further quantifying this, in the chart below we show the average reading of metro areas grouped by their respective populations.  As shown, metros with smaller populations (those under 1 million people) have seen the strongest growth in job postings, up over 11% year over year.  As you move up the ladder of higher and higher populations, the job postings readings get weaker.  Metros with populations between 2 and 3 million people only have postings up 0.56% year over year.  The worst of these groups are the largest metros with populations over 4 million. On average, this group’s job postings are only up 0.35%.  Click here to view Bespoke’s premium membership options for our best research available. 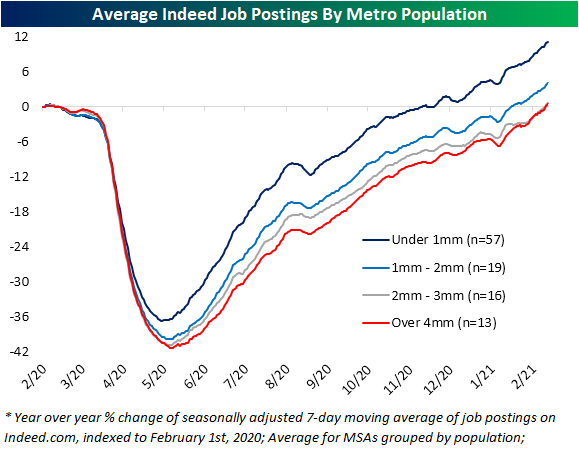