In an earlier post, we detailed the results of the August report on small business optimism from the NFIB.  Additionally, the monthly report surveys respondents on what are their biggest concerns.  As shown below, Quality of Labor was unchanged as the biggest concern in August with 21% of businesses reporting as such.  Cost of Labor, on the other hand, is less of a concern with only 9% reporting this as their biggest problem.  Although it is in the middle of the road compared to other issues, that is elevated relative to the rest of history with that reading in the upper 5% of all readings.  Behind Quality of Labor, Taxes are the next biggest issue for businesses at 17%.  In the same vein, Government Red Tape and Requirements were also lower falling 3 percentage points to 11% in August.  Finally, Poor Sales ranks as the third largest concern, rising 2 percentage points to 15%.  That snapped a streak of three straight months of improvements in this reading and runs contrary to many other data points that have pointed to a continued turnaround in demand. 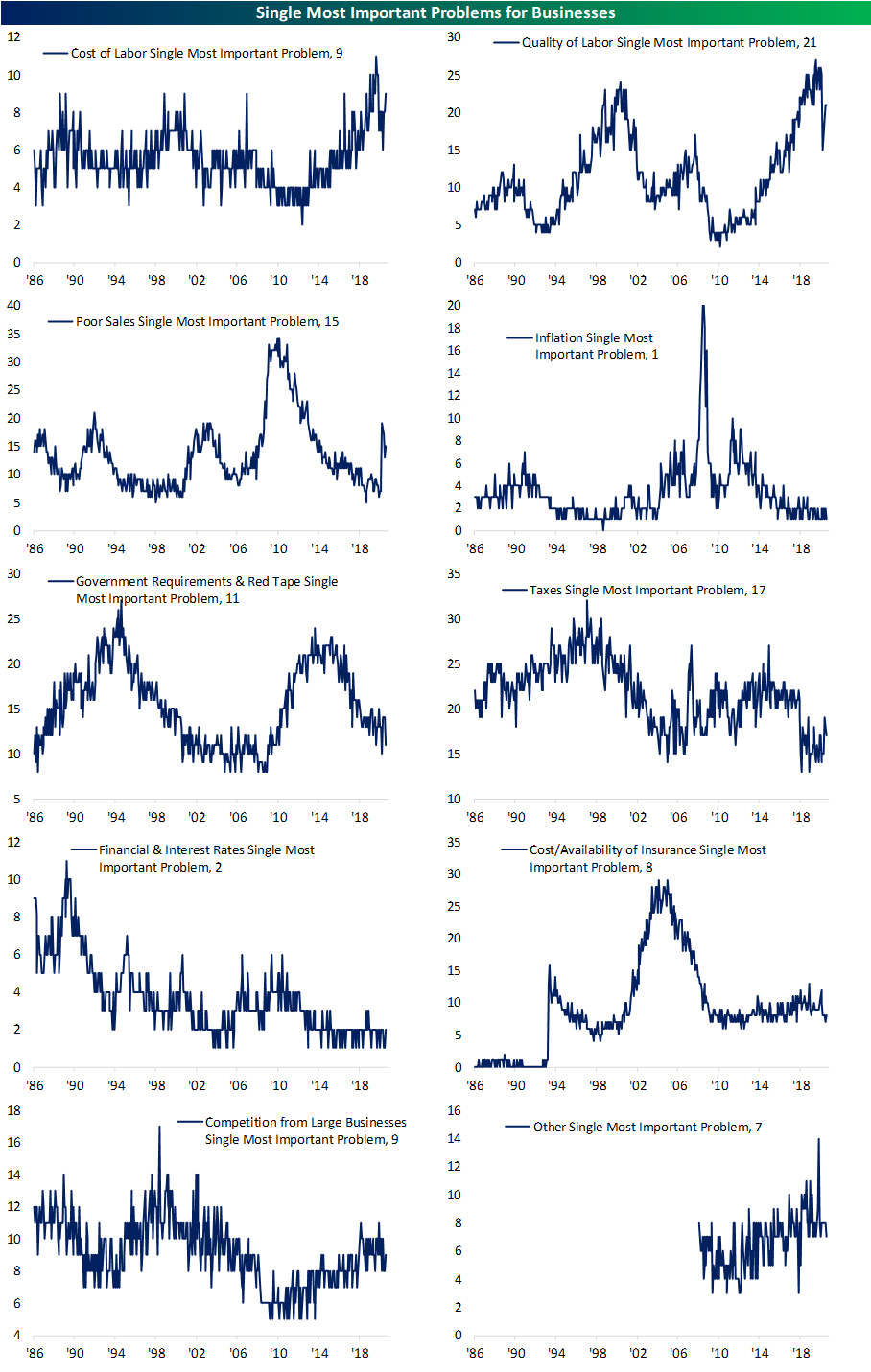 Overall, labor and government-related concerns on a combined basis account for more than half of businesses’ biggest issues. For costs or quality of labor, the 30% combined reading has been on the rise for three straight months now, but is still off the peak of 36% from late last year.  Overall, that can actually be taken as a fairly positive sign for the labor market as it indicates that jobs are at least available.  Click here to view Bespoke’s premium membership options for our best research available. 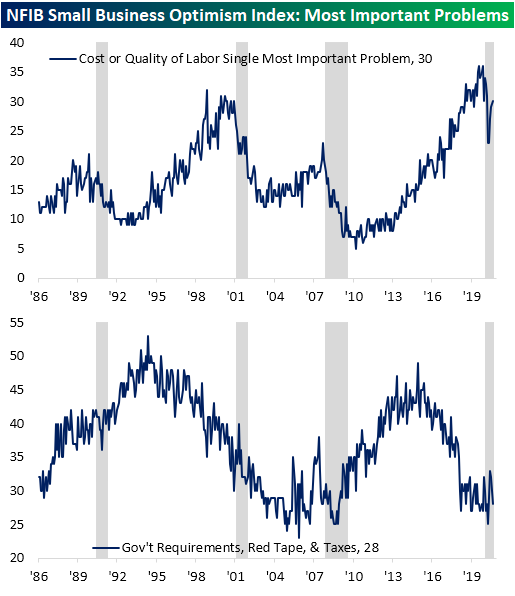