What’s In Store For Unemployment

We’ve been keeping track of state jobless claim filings around the country as they’ve been reported in the media, and the numbers are grim.  Based on a wide range of states that have reported just a couple of days’ worth of statistics, filings look to be just shy of 1 million for the week (due to be reported next Thursday, March 26th).  Of course, those numbers could come in much higher through the week.  We saw one broker economics department estimate the total number at 2.5 million. We also like to look at Google Trends data, because it generally tracks claims pretty well.  If the numbers from that unofficial data are even close to correct, the US is going to report somewhere between 1.3 million and 1.5 million initial jobless claims in six days. 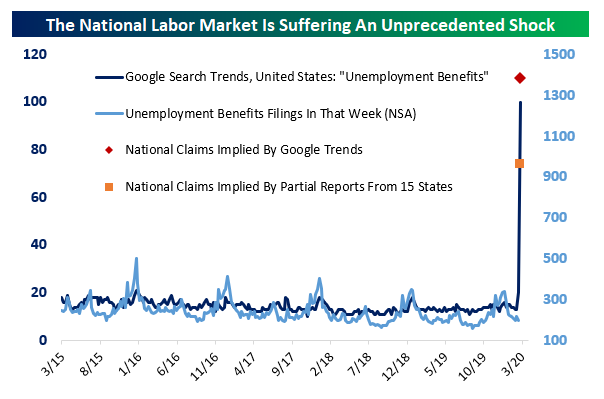 It’s worth thinking about what that mechanically means for the unemployment rate. The chart below shows a range of four different unemployment rates that would come about from job losses as detailed.  Assuming next week’s onslaught of claims is only the beginning, it wouldn’t take long to get to an unemployment rate near the highs around 10% from the last recession. If the US sheds more than a million jobs in the first week as a starting point this week, it’s easy to see how fast the unemployment rate could rise. 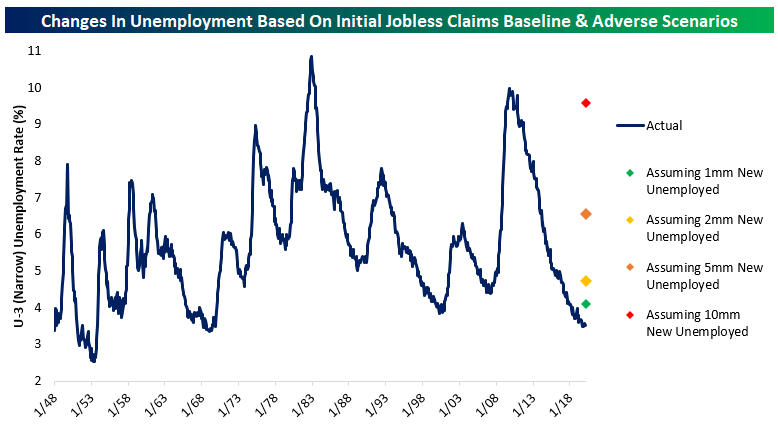