What Is Bothering Small Businesses?

In today’s Morning Lineup, we detailed some of the findings of the NFIB survey of small business optimism released this morning including the record high in businesses reporting jobs are hard to fill and how the survey results are usually tied to politics.  In addition to optimism indices, the NFIB also surveys small businesses on what they consider to be their single most important problems. Considering a record number of responding firms reported that jobs are hard to fill, on a combined basis, 31% reported either the cost or quality of labor as their most pressing issue.  While the reading for the quality of labor was unchanged at 24%, fewer firms reported the cost of labor as their biggest issue. Only 7% reported labor costs as their biggest problem in March compared to 9% the prior month. The percentage of firms reporting either cost or quality of labor as their biggest concern continues to sit off the respective peaks, but that is still at historically high levels.

The other area that has dominated businesses’ main problems concern taxes and government requirements.  Following the election, the percentage of businesses reporting either of these issues as their biggest problem spiked to 35% in December. In the time since then, that move has reversed down to 31% in March with the readings for both taxes and government requirements falling one percentage point.  At that level, the combined reading is the lowest since right before the election in October.

With both government and labor-related problems less on the mind of small businesses recently, it begs the question of what has replaced them. The more clear part of that answer is inflation.  4% of businesses reported inflation as their biggest issue which is consistent with the index for higher prices reaching its highest level since 2008.  That compares to the previous month when only 2% of businesses reported inflation as their biggest concern.  As for the larger and less clear change, 10% of businesses reported “other” as their biggest problem, up 4 percentage points from the previous month. The ‘other’ category is poorly defined as to what it encompasses, but it could be a range of factors.  Based on events in the month of March, we can speculate that they could include supply chain issues given the blockage of the Suez Canal and the semiconductor shortage.  Click here to view Bespoke’s premium membership options for our best research available. 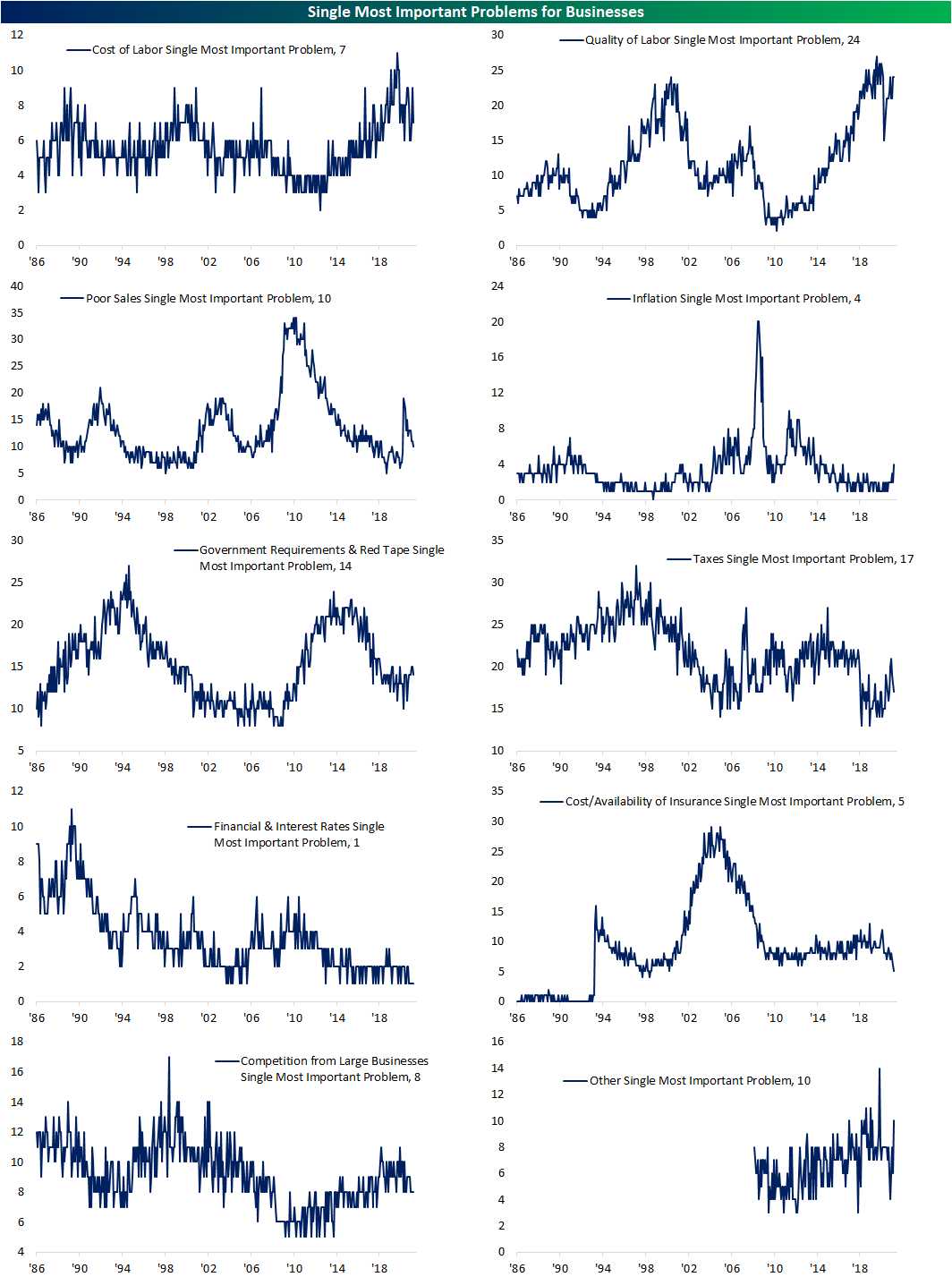