What Have Democratic Sweeps Meant for the S&P 500?

Headed into the first presidential debate Tuesday night, betting markets (ElectionBettingOdds.com) placed Democratic candidate Joe Biden as the slight favorite to take the White House in November. The debate resulted in Biden gaining another 5 percentage point chance of winning the Presidency. As of this morning, Biden’s odds to win are at 59.8% versus Trump’s odds of 38.9%.  Additionally, Democrats are slight favorites to win control of the Senate (58.4% to 41.5%) and big favorites to maintain the House (82.8% to 17.1%). Given these odds, in the chart below we show the average performance of the S&P 500 from the three months before Election Day through three months after Election Day for all election years post-WWII that resulted in a sweep of the executive and legislative branch by the Democrats.

As shown, on average the S&P 500 has been on the decline in the weeks leading up to Election Day, though in the days just before the Election there has been a small rally that sharply reverses once the results come in. After the initial post-Election drop, the market has trended a bit higher, but by three months after the Election, it has only found itself around the same levels as Election Day; on average a 2.6% loss versus where the index stood three months prior. 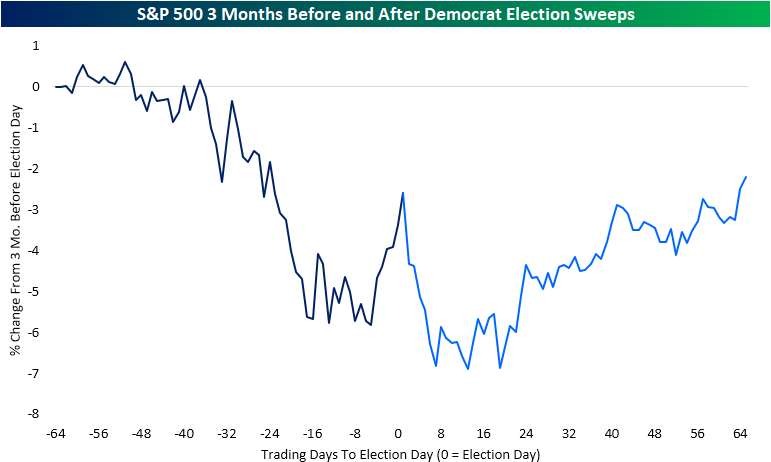 The composite shown above is comprised of six different years: 1948, 1960, 1964, 1976, 1992, and 2008.  While on average the S&P 500 has traded lower, it is not necessarily a sure-fire thing.  For example, 1948 and 2008 were the only years that saw the S&P 500 trade and stay significantly lower in the wake of the election. In 1976, there was similarly a sell-off in the immediate aftermath of the election, but the index did make its way back up to the highs of that six-month time frame later on albeit no new high was put in place. Meanwhile, 1960, 1964, and 1992 all saw the S&P 500 run higher after the election even despite some periods of consolidation after initial moves higher. In our B.I.G. Tips report from Tuesday, we show these same charts for all Presidential election years post WWII including a look at the average performance given every potential election outcome.  Click here to see the report with a two-week free trial to Bespoke Premium. 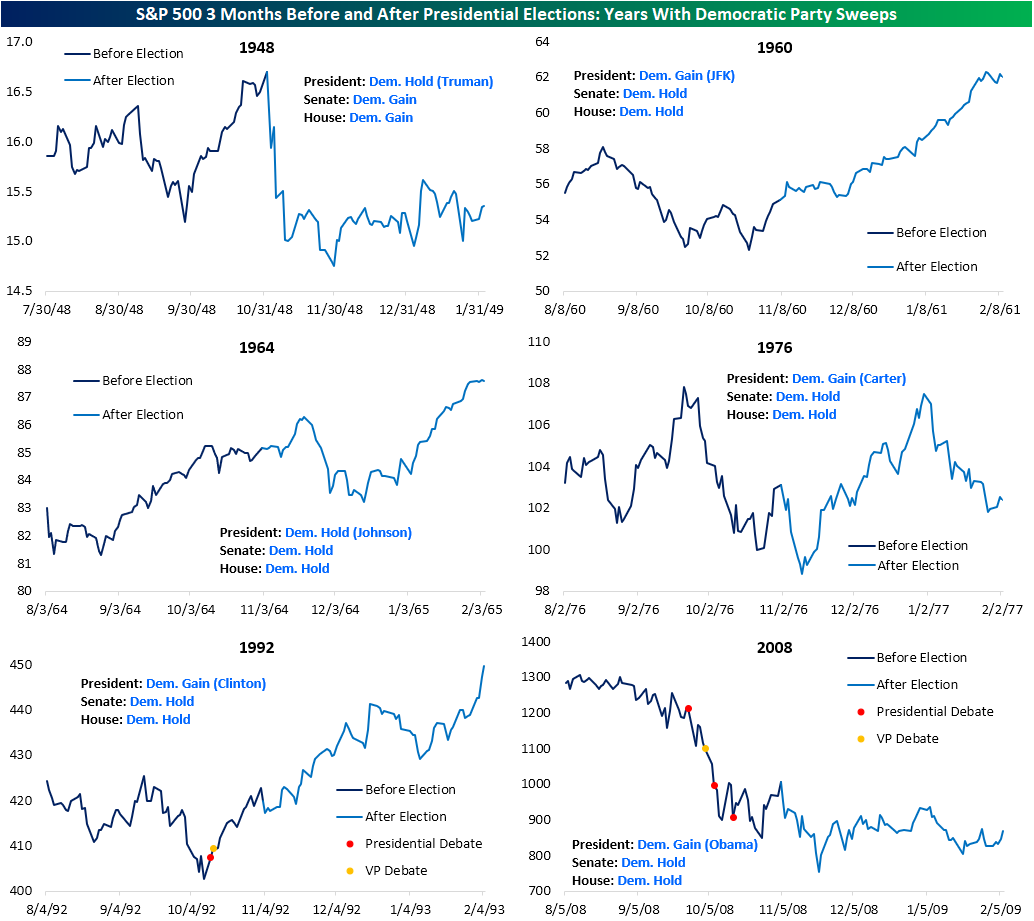