Investors and newsletter writers are finally seeming to be convinced by the rally as the S&P 500 has retaken its 200-DMA over the past week.  33.07% of respondents in AAII’s weekly sentiment survey reported as bullish this week. That is up from 29% last week and the highest level of bullish sentiment since April 16th when it reached 34.86%. 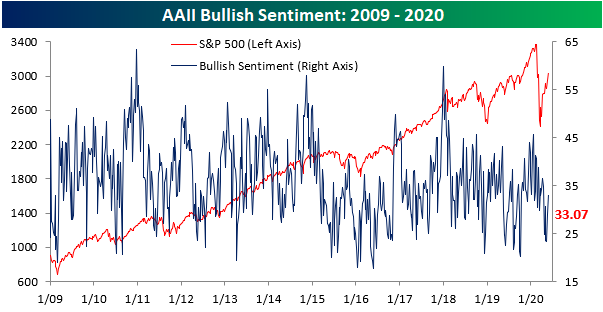 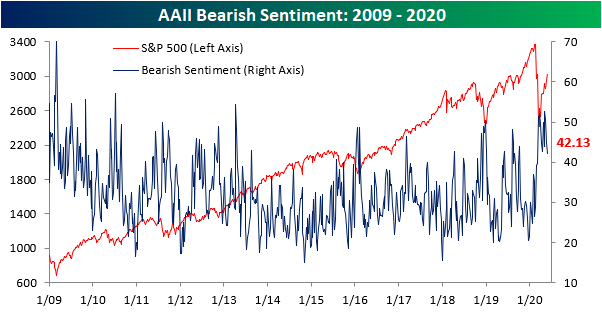 Finally, neutral sentiment in the AAII survey fell for a second week in a row. Currently at 24.8%, it remains at a much lower level than has been the norm for the past several years (over the past decade it has averaged a reading of 33.76%) but also well off of its late March low of 14.5%. Start a two-week free trial to Bespoke Institutional to access our interactive economic indicators monitor and much more. 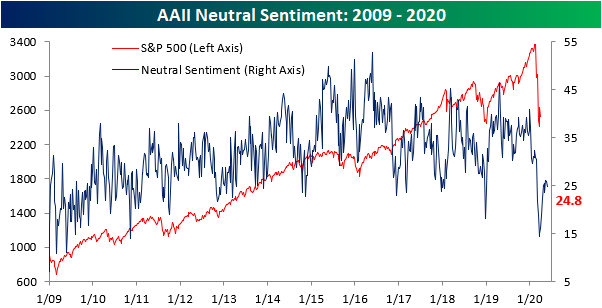