Warren Buffett made headlines over the weekend when he disclosed that he had completely sold out of his airline holdings.  While some questioned whether he was selling out at the lows, for now at least, he appears to be right.  As shown in the chart below, the S&P 500 Airlines Group is currently right near its COVID lows, and a close at current levels would actually be a new closing low. 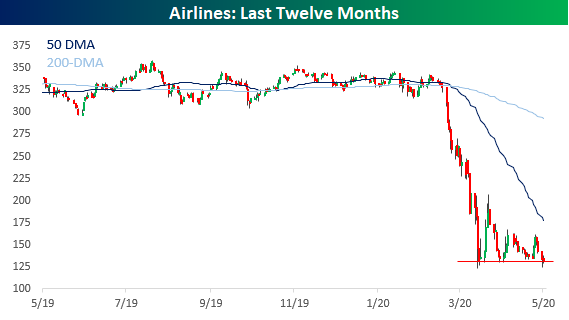 Given the national stay at home orders still in place, it’s not much of a surprise that airlines haven’t bounced, but the same could be said for a number of the other 60+ S&P 500 industries.  The table below lists the S&P 500 industries that are currently at their lowest levels relative to their 52-week range.  At a level of just 3%, the Airlines group is trading by far the lowest level relative to its 52-week range.  The next closest sector, Energy Equipment & Services, is currently trading at much higher levels versus its 52-week range at 20%.  In total, there are just 13 industries that are trading in the lower third of their 52-week range, and most of them are clustered in the Financials and Industrials sectors.

On the upside, the fact that there are more groups in the upper third of their 52-week range than the lower third suggests positive breadth.  Sectors represented on this part of the list include Consumer Discretionary, Technology, and Health Care. 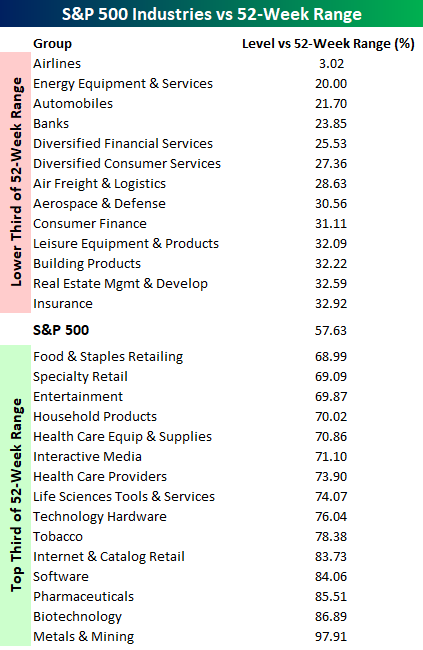 While Airlines is the only industry on the verge of making new lows, there is also just one industry on the verge of making new highs too.  The Metals and Mining industry definitely wasn’t spared during the February and March declines, but the magnitude of the bounce has been even stronger with a gain of over 66% off the lows.  Start a two-week free trial to Bespoke Institutional for full access to our research and interactive tools. 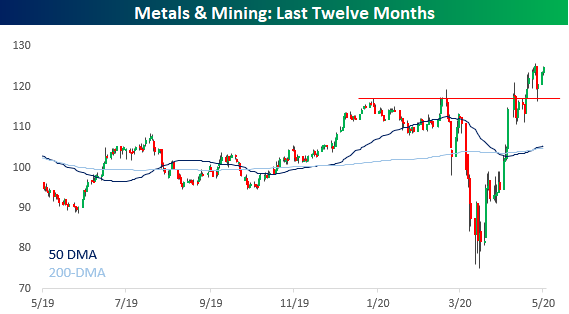