The equity market’s rally off of the bear market low on March 23rd has taken pause with the S&P 500 more or less flat over the past week.  With a lack of a push higher, optimistic sentiment has waned. The American Association of Individual Investors‘ weekly sentiment survey saw 34.86% of respondents reporting as bullish this week. That is down 1.7 percentage points from last week. 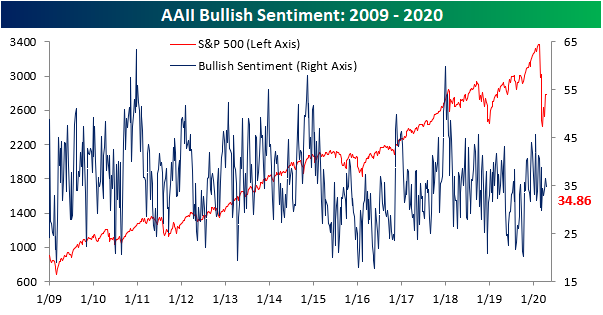 That is not to say those investors have turned into pessimists though.  Bearish sentiment is also down this week, falling to 42.75% from 44.7% last week.  Bearish sentiment is now at its lowest level since the first week of March.  Granted, it is still the predominant sentiment and is very elevated at over one standard deviation above its historical average of 30.42%. 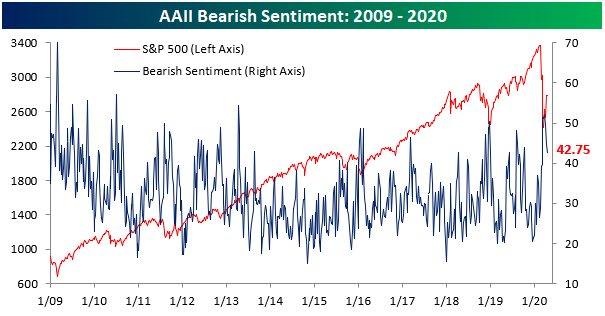 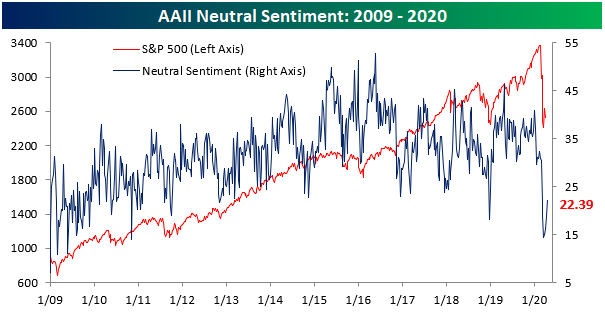 Despite their moves this week, bearish sentiment remains elevated while neutral sentiment remains stretched to the downside.  It has now been six straight weeks in which bearish sentiment has been extremely elevated (over 1 standard deviation above its historical average) while neutral sentiment is extremely muted (over 1 standard deviation below its historical average). That is now tied with another six week long streak ending in September of 2007 for the longest such streak in the history of the survey.  In other words, although things have improved a bit in the past couple of weeks, investors have been decidedly bearish by this measure for a historically long stretch of time. 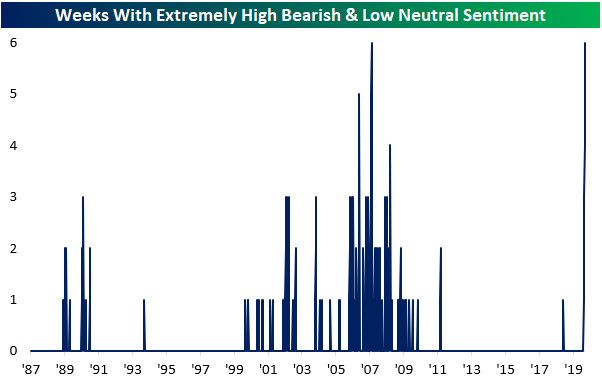 The bull-bear spread echoes this as this week marked the eighth consecutive week in which the spread has favored bears.  As shown in the table below, that is far from the longest streak in the survey’s history, one that ran for 22 weeks in 1990 holds the record, but it is significantly longer than most others. The current streak is the longest since another one that ended at eight weeks long in February of 2016. Start a two-week free trial to Bespoke Institutional to access our interactive economic indicators monitor and much more. 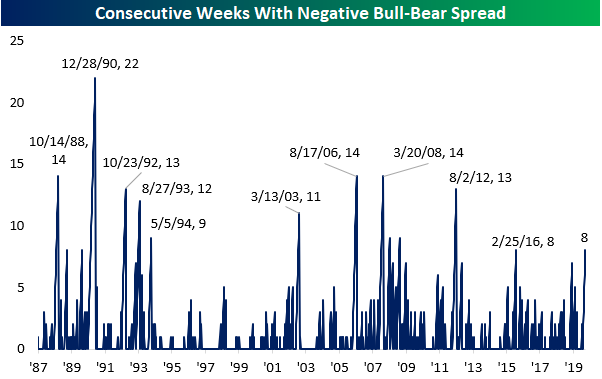