The receding of COVID case counts and higher oil prices had a beneficial impact on manufacturers in the eleventh district in February.  The Dallas Fed’s Manufacturing Outlook Survey was forecast to see Business Activity rise only slightly from 2 in January to 2.8 after three straight months of declines.  Instead, the index surged 12 points to 14 which is the biggest one-month gain since June 2020 and the highest reading since October. 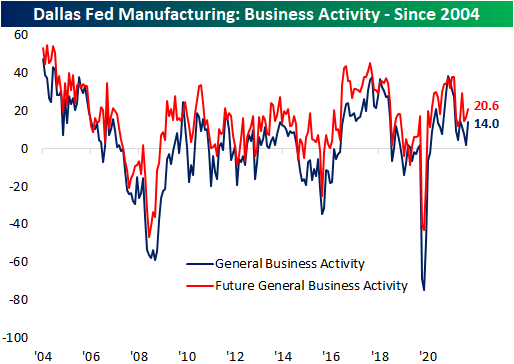 As we have seen with other regional Fed manufacturing surveys this month, breadth across components has been somewhat mixed in spite of the move in the headline index.  While there are a handful of categories in the upper end of their historical ranges, others like Company Outlook and Inventories have been more middling. Additionally, six categories decelerated month over month.

One area that experienced a decline was in regards to output.  Production and Capacity Utilization both fell in February.  For the former, that was the third decline in a row leaving it at the lowest level since January of last year. Capacity Utilization is also at the lowest level in a year and a month, but this month’s decline was far smaller than the prior month’s 9.4 point drop. 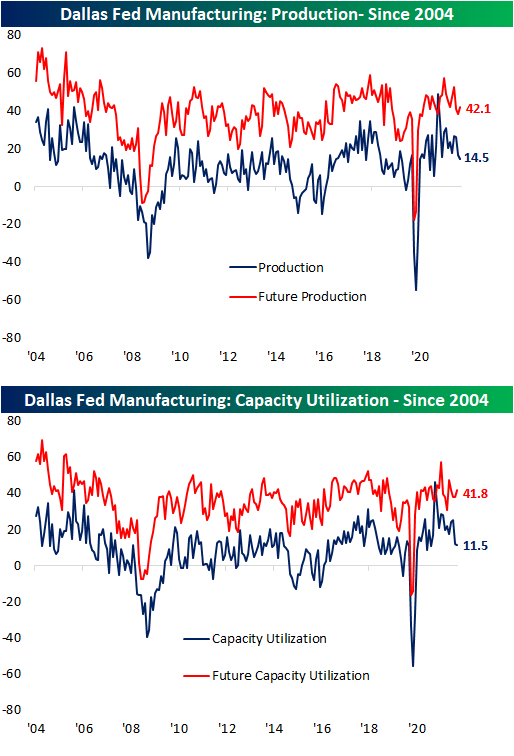 While production has pulled back, Order Growth Rate held firm as New Orders hit the highest level since July.  Meanwhile, order backlogs continue to fall from historic levels with this month marking the lowest reading since last January as shipments recovered some of the declines from the past few months. 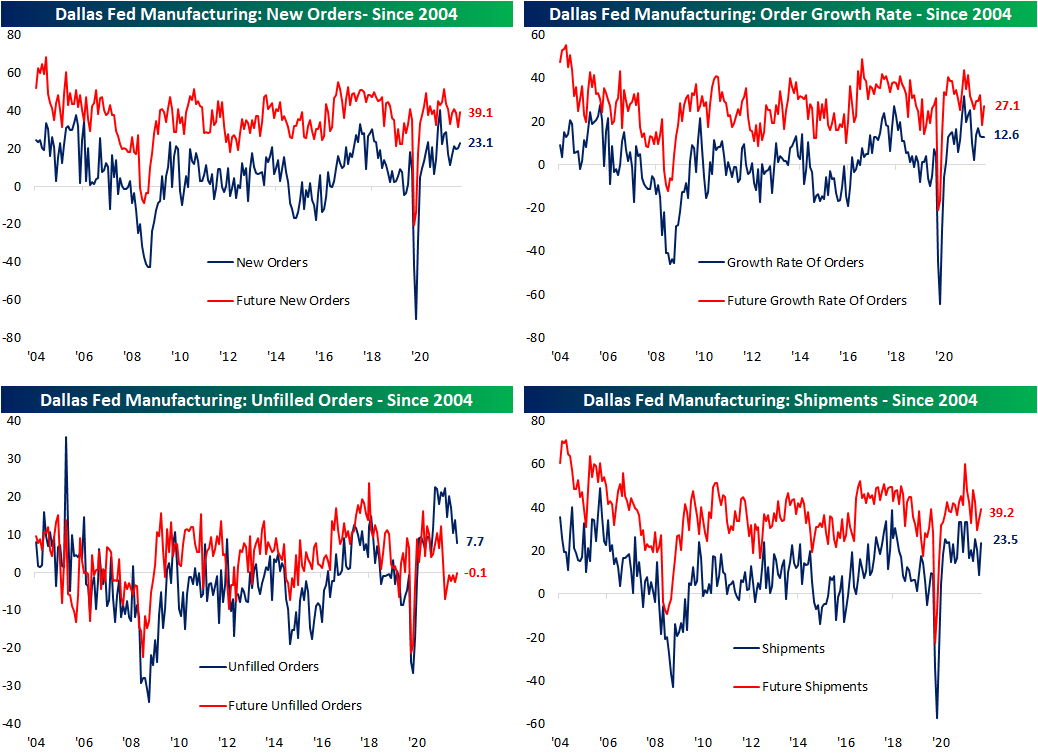 Employment was perhaps the most interesting area of the report.  While the region’s firms continue to report net hiring, the Employment index plummeted 9.3 points for the largest single-month decline since March 2020. That deceleration in new employees happened alongside a deceleration in Hours Worked and Wages & Benefits as well. While current conditions for the Wages and Benefits index was lower, expectations have been blown out of the water.  That index not only set a new record high, but it did so on the largest one-month gain to date.  In other words, hiring slowed slightly in February, but there are widespread plans to increase wages in the future. While it is hard to pinpoint the exact reason for that increase, one potential explanation can be firms trying to raise wages to entice new workers.  Click here to view Bespoke’s premium membership options. 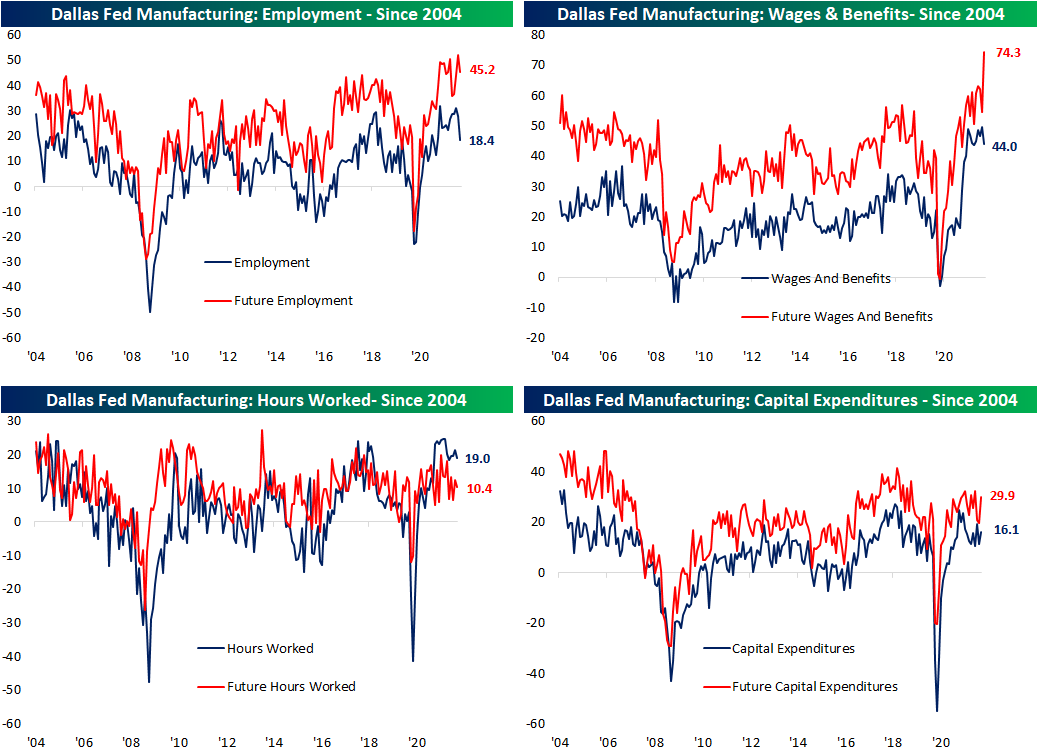