Given the massive swings across assets, it should come as no surprise that volumes have been elevated.  For the S&P 500 ETF (SPY), over 3.25 billion shares have already exchanged hands in March through yesterday’s close.  That is the highest monthly volume for SPY since January of 2016, and keep in mind, we still have two weeks left in the month! 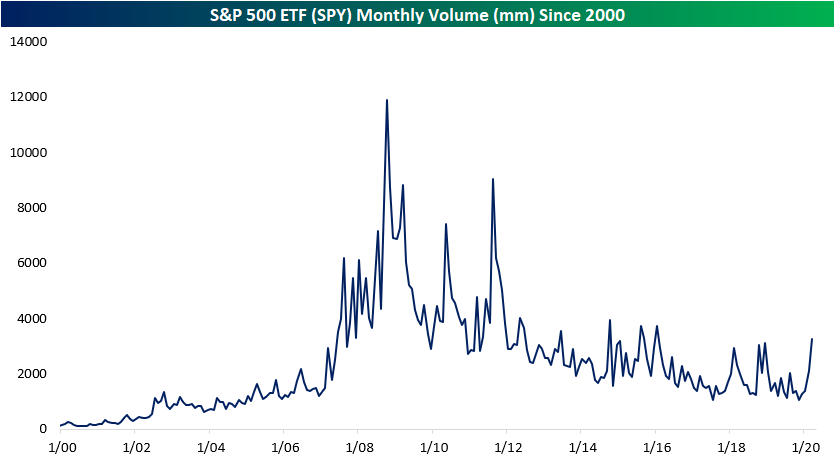 Considering that does not fully capture the Covid-19 saga which began to affect markets about a month ago now, we also looked at volumes over the last 20 days.  The volume of SPY traded in that time frame totals 4.7 billion shares.  As shown below, that is the highest volume since November of 2011.  One interesting thing to note, while volumes are certainly elevated, they still are not even close to levels in the years leading up, during, and shortly after the financial crisis. 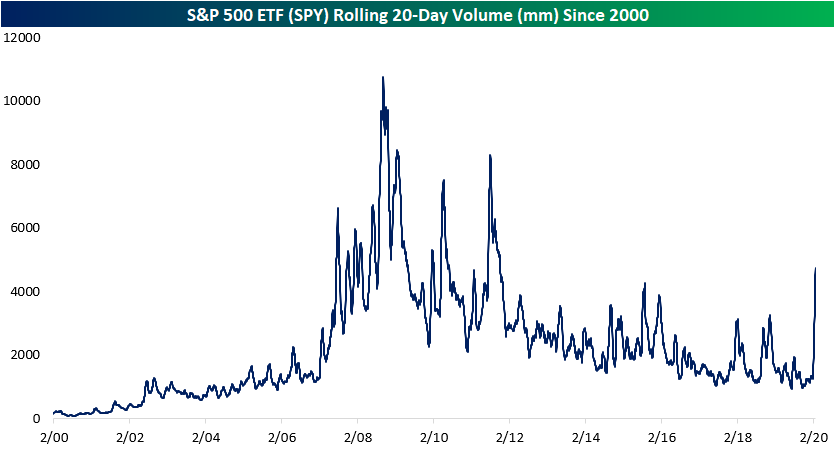 While the number of shares trading hands has not eclipsed financial crisis highs, volumes in dollar terms have.  As of yesterday’s close, volumes reached a record of $1.4 trillion over the past 20 trading days.  The only other time that the dollar volume of SPY was over $1 trillion was briefly in 2008. Start a two-week free trial to Bespoke Institutional to access our full range of research and interactive tools. 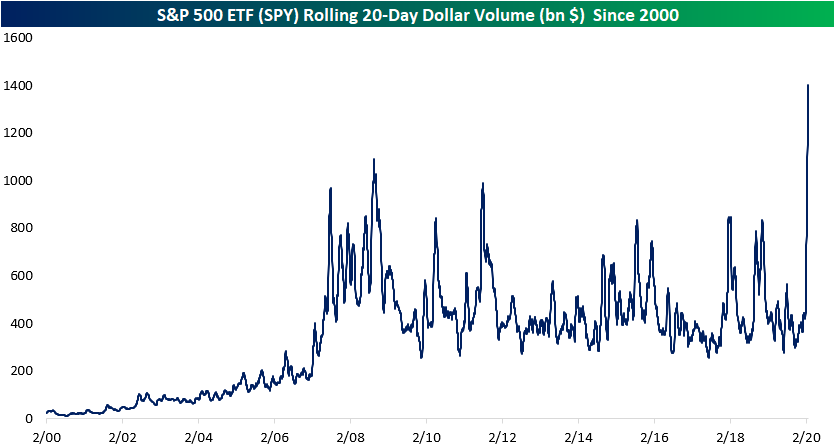