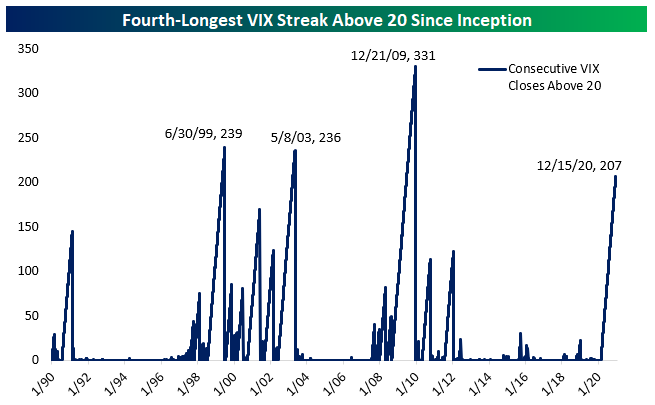 Surprisingly, the current VIX streak has had an average reading higher than the two longer streaks in 1999 and 2003. The average 32.0 reading over its course so far is second only to the streak recorded over the global financial crisis. It’s also interesting to note that at this stage in the streak (207 trading days), the current run has a higher reading than the three streaks which actually lasted longer. 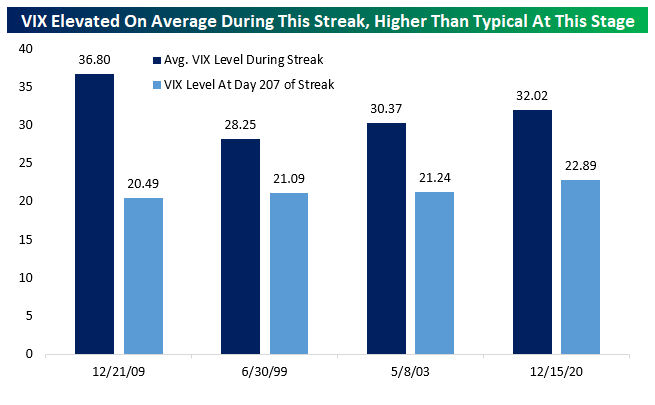