Value Catching Back Up to Growth

Up until the early summer, value stocks had consistently outperformed growth on a year-to-date basis. But once markets came back from the Fourth of July holiday, S&P 500 growth stocks had overtaken value in terms of year-to-date performance.  While the two groups have generally trended higher together since then, in the past week (save for yesterday), the two have diverged as value has rallied and growth has seen a minor pullback.   As a result, there is only a 1.3 percentage point difference between the two factor’s YTD performance. 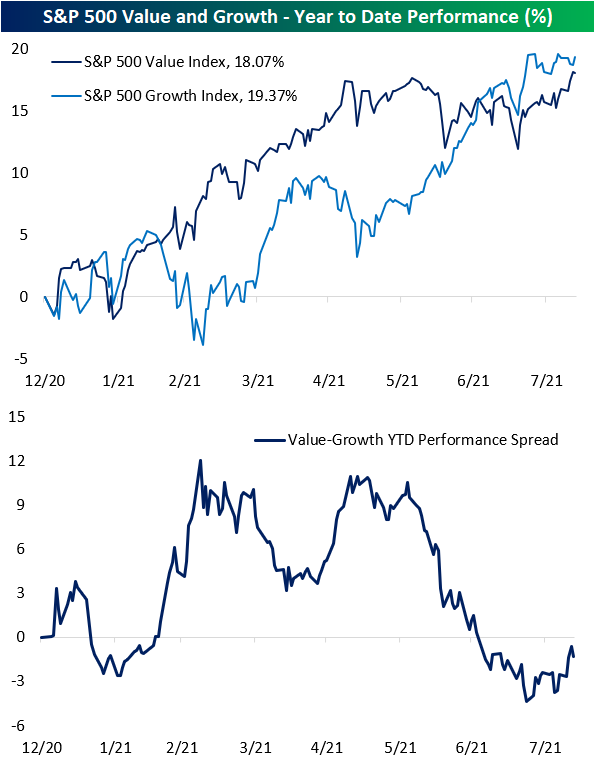 Taking a look at the longer term relative performance of value and growth, the past year’s stint of value outperformance has pretty much been a blip on the radar. As shown below, since the mid-2000s the ratio of value to growth has been in a consistent downtrend (meaning growth outperforms value) that accelerated early on in the pandemic. As could be expected with such dramatic outperformance of growth, the ratio of the two bottomed in the early fall of last year and regained some ground before peaking this past spring. Since then, the ratio of the two has been making a move back down to its lows.  Click here to view Bespoke’s premium membership options. 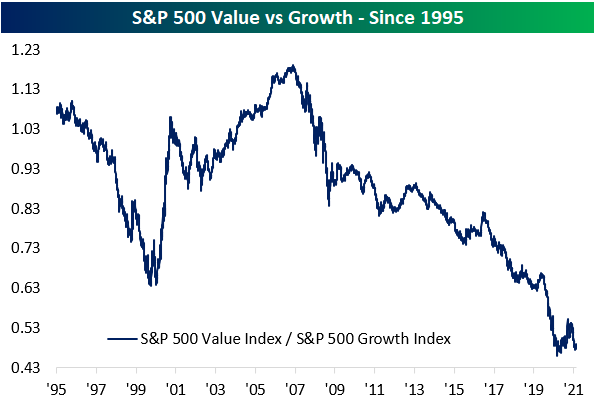