The Energy sector continues to get smashed.  The sector was already massively underperforming before coronavirus emerged, but since February 19th when the outbreak decided to start panicking markets around the world, Energy has fallen more than 17%.  That’s nearly a fifth of the sector’s value in less than ten days!

Remarkably, the Energy sector’s weighting in the S&P 500 has now fallen to just 3.5%.  This leaves Energy as the third smallest sector of the S&P 500, with the Utilities sector over-taking it in fourth. 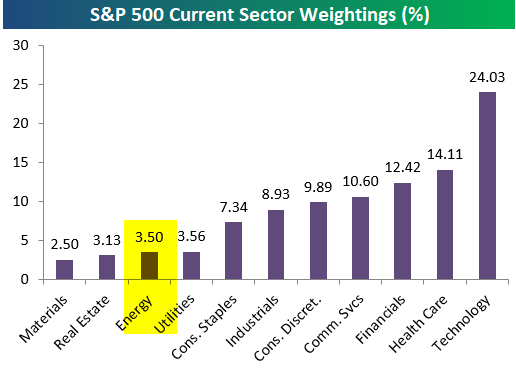 Below is a chart showing the Energy sector’s S&P 500 weighting back to 1990.  Talk about a disaster. 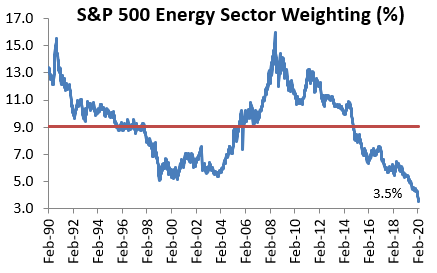 At its peak in June 2008, the Energy sector was the 2nd largest in the S&P 500 and less than 70 basis points away from Technology in first.  Below is a pie chart showing sector weightings back then.  Energy in mid-2008 was one of the three most impactful sectors on performance along with Tech and Financials. 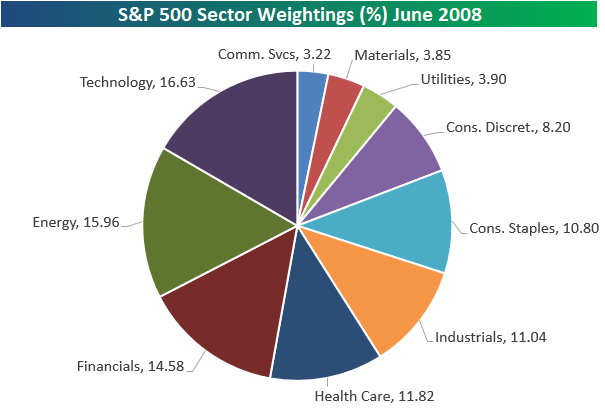 Fast-forward to today, and the current pie chart of S&P 500 sector weightings shows that Energy barely moves the needle. 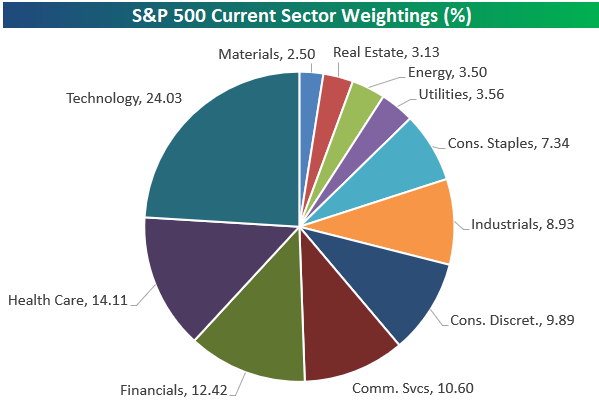 Below are charts comparing the weightings of the Energy and Utilities sectors back to 1990.  This week is the first time in at least the past 30 years that Utilities has had a larger weighting in the S&P 500 than the Energy sector.  Become a Bespoke Premium member to view Bespoke’s most actionable analysis.  Start a two-week free trial now! 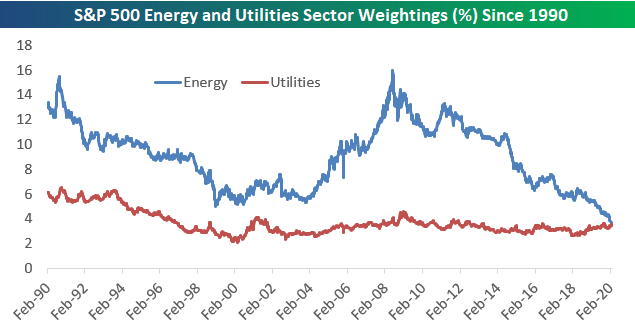 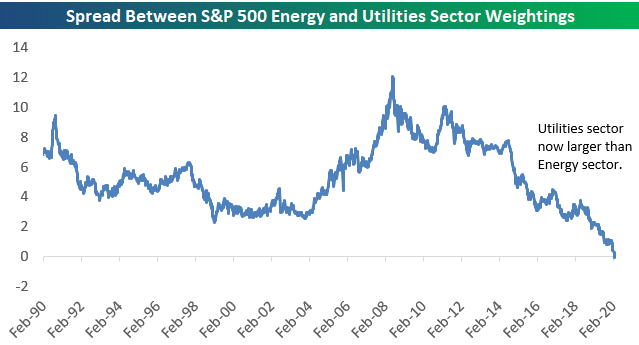