On Friday, we highlighted some of the long-term charts and generally extended readings of the stock markets of various major global economies following big gains over the past year and a half. While equities around the globe have surged, it is still the US that has gained the most in terms of the percentage of world market cap.  As shown below, according to Bloomberg’s market cap indices the US currently accounts for 43.17% of total global market cap. That is up 1.86 percentage points from the start of the year and is up roughly 4 percentage points since the bear market lows last year.  As for the other largest countries, China is the only other one to account for a double-digit share at 10.15%, although, that is down significantly from the start of the year.  Japan and Hong Kong are two others of the largest equity markets, and they have both lost even larger shares. 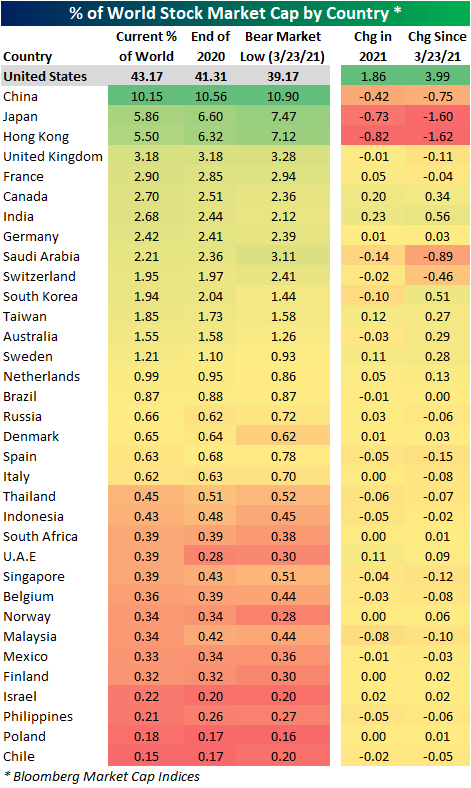 With US equities having continued to grow, the country’s share of world stock market cap is now around some of the highest levels since the fall of 2004.  Those gains to the US’s share of global market cap are also in the context of a general upwards trend that has been in place for the better part of the past decade now. 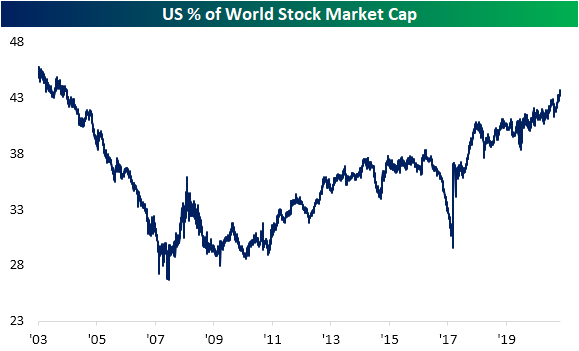 For most of the year, Chinese and Hong Kong equities have traded off of their highs and more recently have fallen dramatically as a result of concerns surrounding the region’s regulatory picture.  While the declines were quite dramatic, they have not necessarily brought the countries’ combined share of market cap to any sort of major new low.  With that said, prior to the past week’s bounce, at the July 27th low, the one-month drop in the combined share of total market cap stood in the bottom 2% of all readings.  Click here to view Bespoke’s premium membership options. 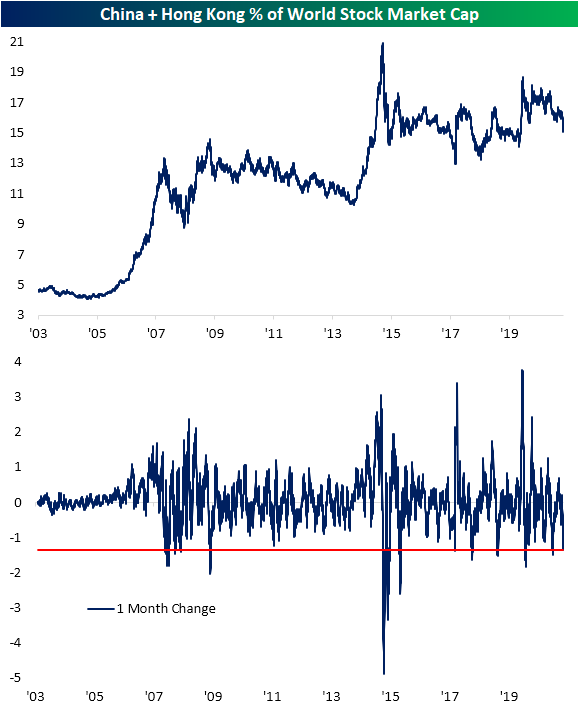