US Percent of World Market Cap Dips a Bit

Back at the start of the year, the US equity market made up 39.5% of total global equity market cap. That means the US was and still is by far the largest stock market.  In the nearly six months since the start of the year, even with a bear market in between, the US has actually gained share now with 40.31% of the world’s market cap. Even at the bear market low, the US didn’t lose much only falling as low as 39.17%.  While the US continues to sit the throne, China is the only other country to have seen their share of global market cap rise in a significant manner since the start of the year having gained 1.65 percentage points; the most of any country YTD.  Whereas it began 2020 with 8.44% of world market cap, it now holds over 10%. It is the only country other than the US to boast double digits. 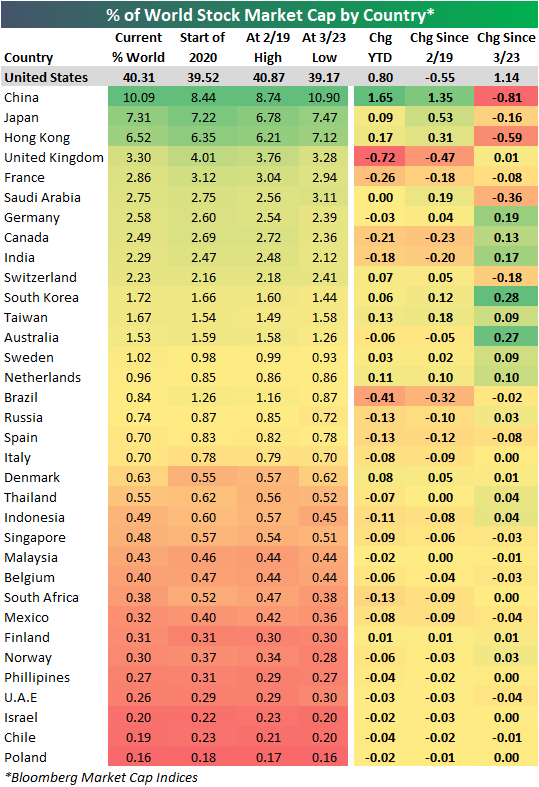 In addition to the US and China, Japan and Hong Kong are the only other two equity markets taking up more than 5% of global market cap at the moment.  Below are ten-year charts of each country’s percent of world market cap. 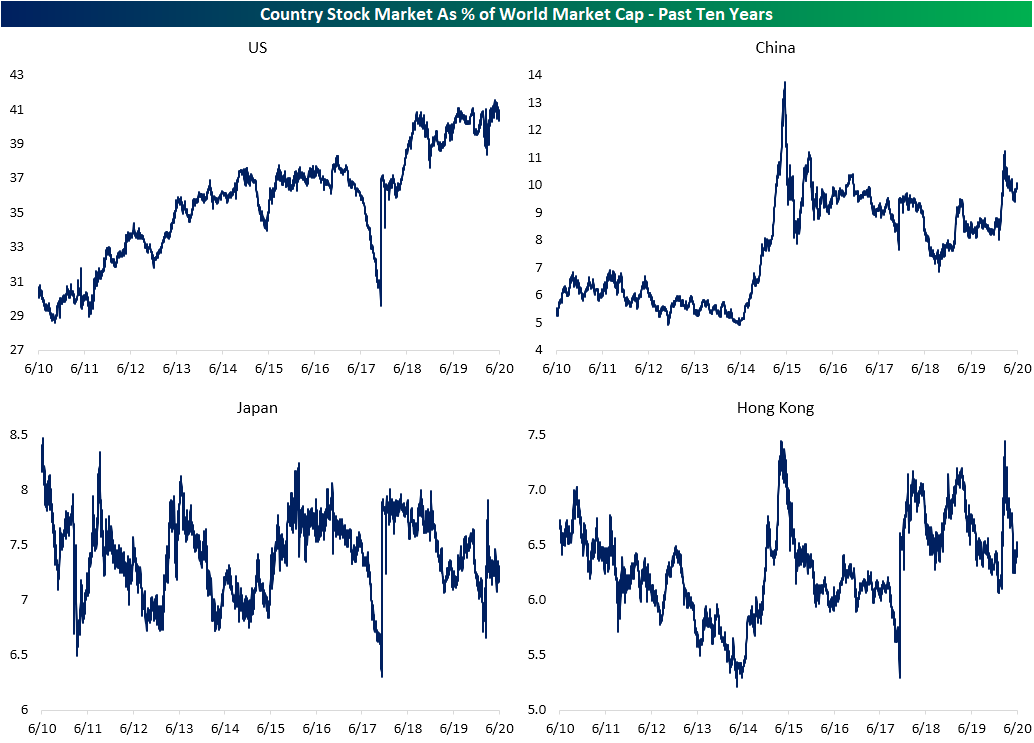 Taking a look at more recent trends, even though the US has gained share since the March 23rd lows, it has begun to lose steam since late May with China picking up at least part of what the US has lost. Hong Kong has similarly seen its share recovering alongside China after a sharp drop in late March and April. Unlike China, Hong Kong has yet to clearly break out from the past few months’ downtrend. Meanwhile, Japan has been fairly stable basically in the middle of the past year’s range. Click here to view Bespoke’s premium membership options for our best research available. 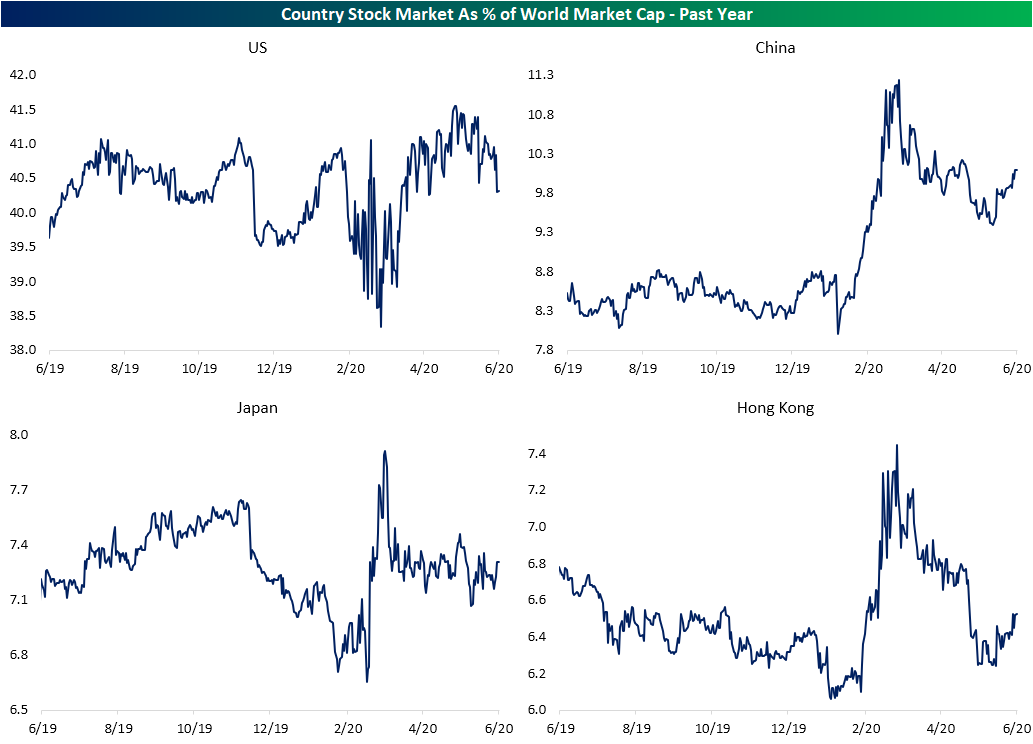