Just about a month ago, we noted how the Citi Economic Surprise Index for the United States reached a new record high as economic data broadly rebounded.  In the time since then, the US surprise index has left that record in the dust. Since the first new record high on June 15th, the US index has not just continued to rise but has more than doubled with 19 of the past 22 days marking a fresh record high!

Likely helped by the US strength at least in part, the index for the entire globe has also entirely recovered.  The global index is at its highest level since March of 2017 and in the 98th percentile of all readings since the start of the index in 2003.  Meanwhile, that strength has not been echoed in the indices for the Eurozone and Emerging Markets. The Eurozone index fell sharply in the first half of the year. Although it has staged a rapid recovery since mid-June, it is still negative meaning reports are generally missing forecasts.  Although it never fell as sharply as other areas of the globe, the index for emerging markets likewise remains in negative territory and in the bottom 13% of all readings.  Click here to view Bespoke’s premium membership options for our best research available. 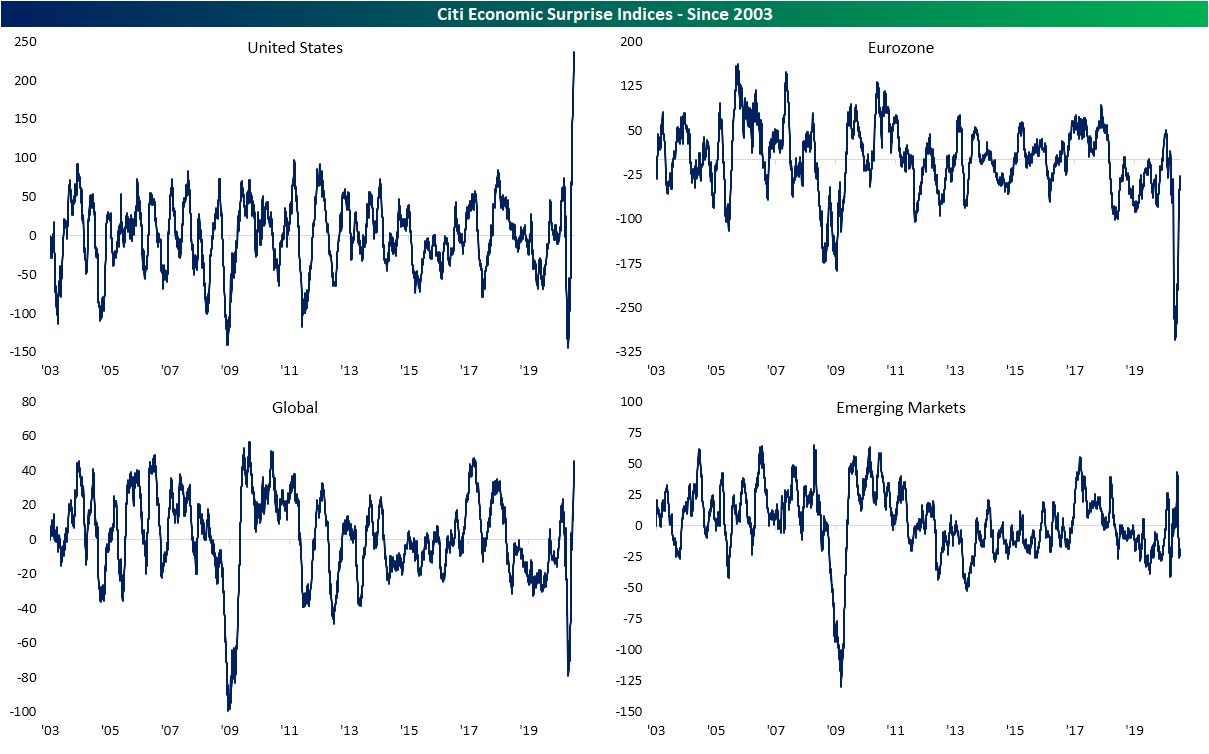