Below is an updated look at recent home price changes for cities across the US based on the monthly S&P/Case-Shiller readings.  As shown, a large majority of cities posted month-over-month gains in July, but it was the big three cities of New York, DC, and Los Angeles that saw home prices decline.  Cleveland was the biggest MoM gainer at +1.11%, followed by Minneapolis, Phoenix, San Diego, Portland, and Las Vegas.

On a year-over-year basis, Seattle is the only city that posted a decline at -0.64%, while San Francisco was up just barely at +0.15%.  These are two mega-cap Tech cities that saw prices boom over the last half dozen years, but they’ve cooled off recently as prices just got too absurd. 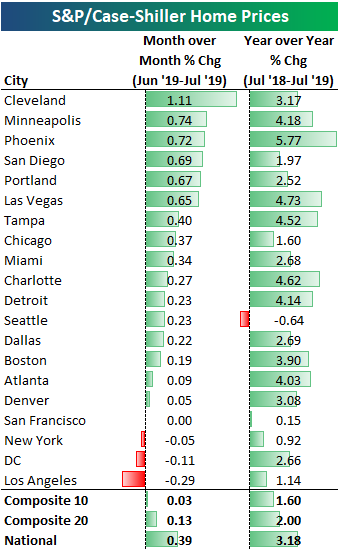 Below we show how much home prices are up or down versus their prior bubble highs seen in the mid-2000s.  As shown, all of the composite indices are now at new highs, but there are still seven cities that have yet to get back their prior highs.  These include Las Vegas, Phoenix, Miami, San Diego, Tampa, New York, and DC. 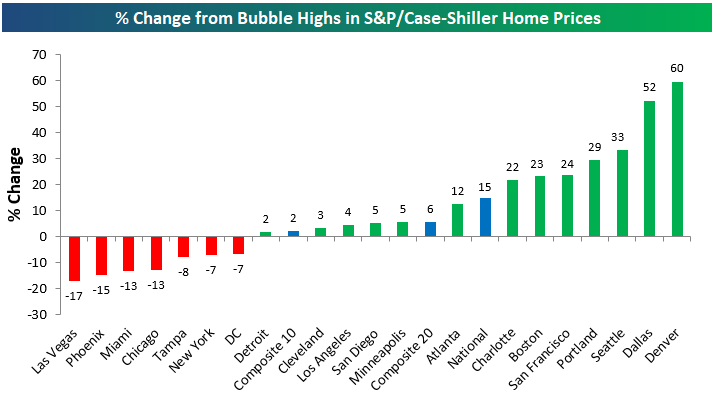 San Francisco, Las Vegas, and Detroit are now up 100% or more from their lows following the bursting of the housing bubble in the late 2000s.  (Most lows were made in 2011 and 2012.)  The composite indices are up roughly 60% from their lows, while home prices in New York are up just 27% since they bottomed out in 2012. 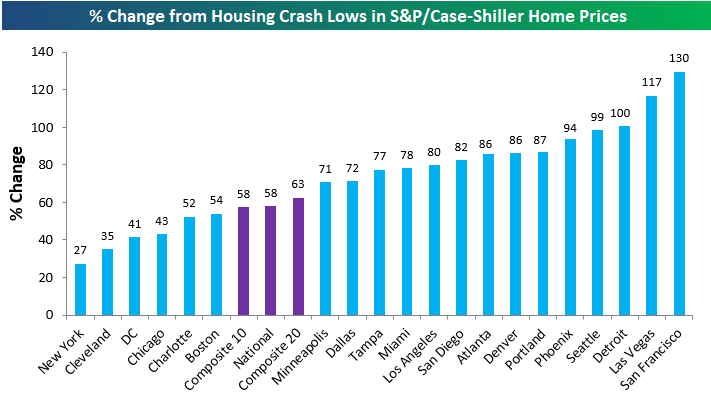 Below we show actual index price levels for the 20 cities tracked by S&P/Case-Shiller.  This lets you see the long-term trend in home prices for each city.  Cities highlighted in green are ones where home prices have taken out their prior highs during the current economic expansion.  Start a two-week free trial to Bespoke Institutional for full access to our research and market analysis. 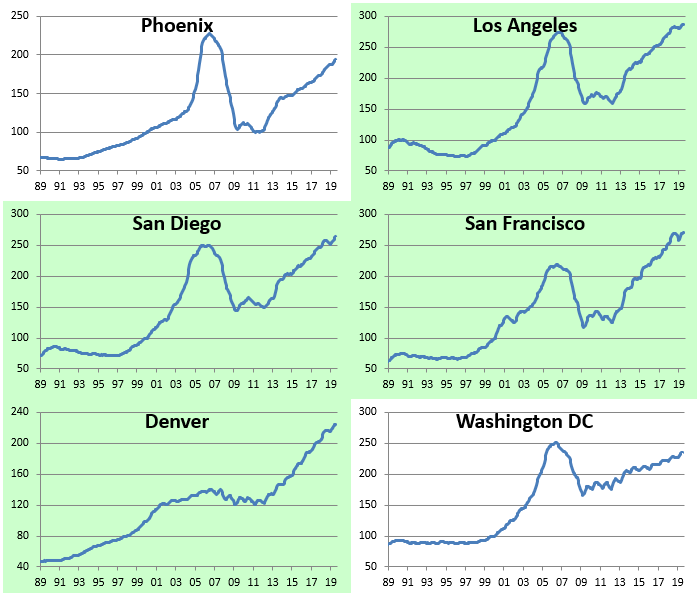 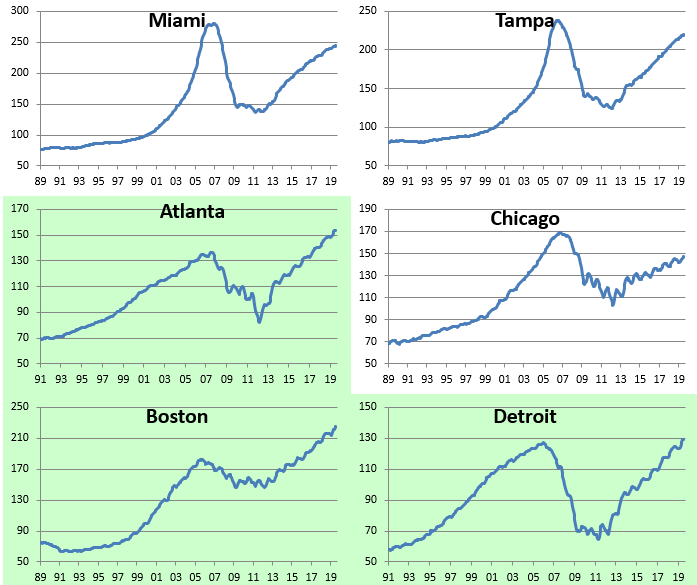 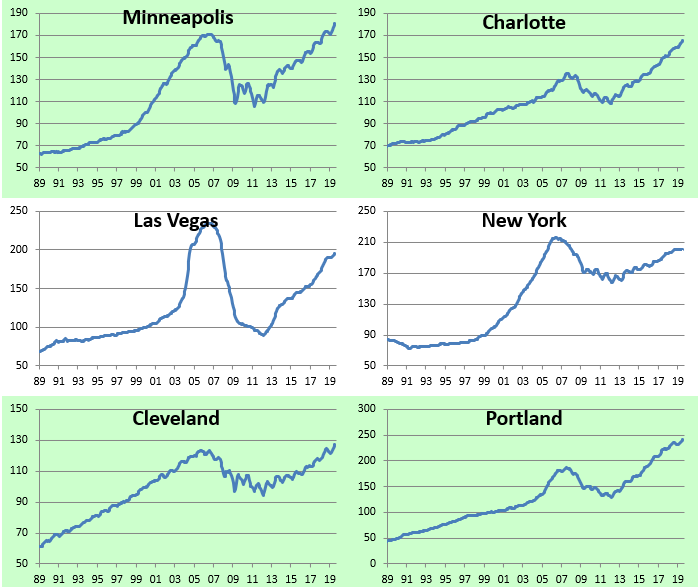 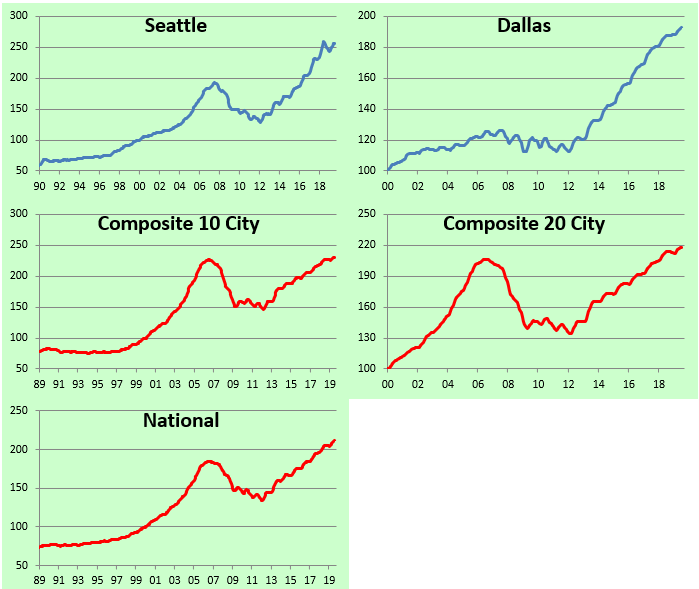