Jobless claims were expected to fall to 225K this week, but the decline was even larger as first-time claims fell to 215K.  That marked an 18K decline from last week’s slight upwardly revised number of 233K and is the lowest level of claims since the final week of 2021. 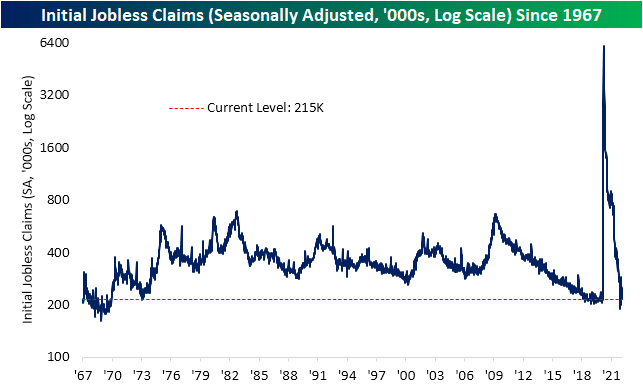 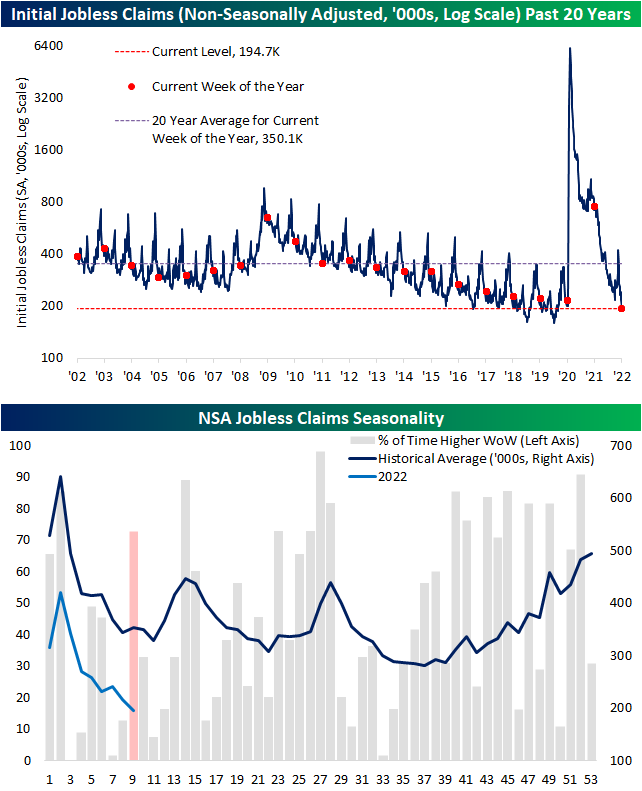 Continuing claims were less impressive this week. While last week’s reading was revised down by 2K to 1474K, this week’s number was slightly higher at 1476K.  That compares to estimates of further declines down to 1420K. Even though the most recent reading disappointed, the current level of claims is still well below the range of readings from the past several decades. Click here to view Bespoke’s premium membership options. 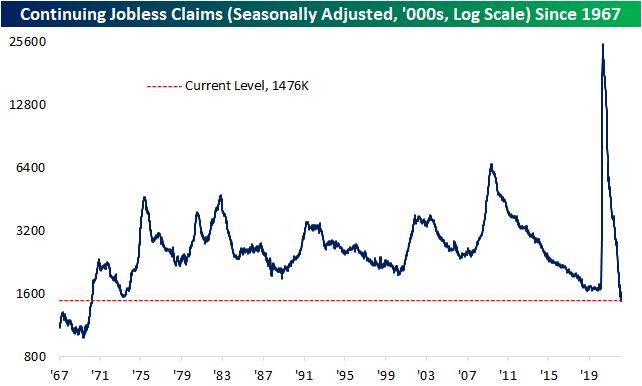