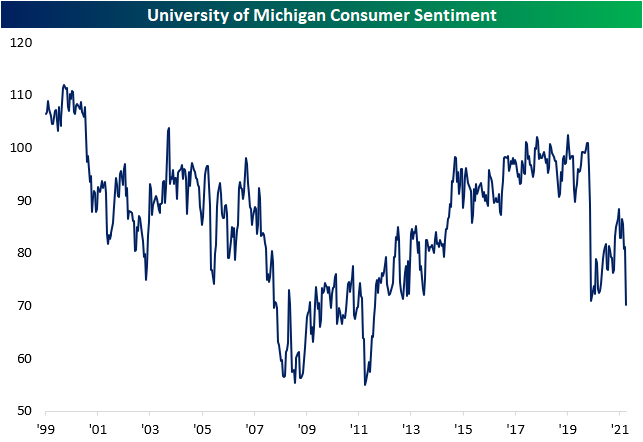 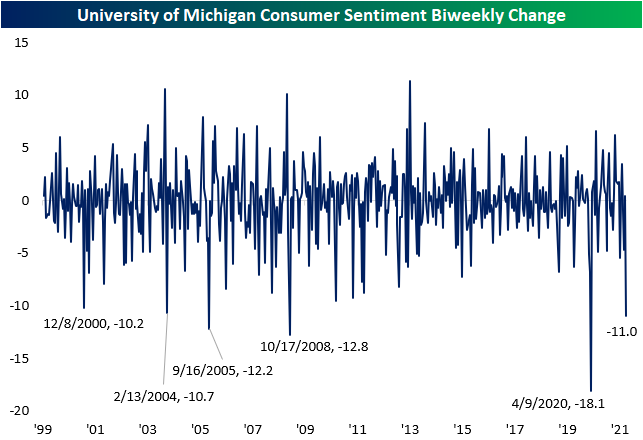 Not only was the release dramatically worse than the last update, but it was a huge miss relative to expectations.  Using data from our Economic Indicators Database, today’s release came in 11 points below expectations.  The only other month going back to at least 1999 that even comes close was a 9.9 point miss in the preliminary reading in February 2004.  Click here to view Bespoke’s premium membership options. 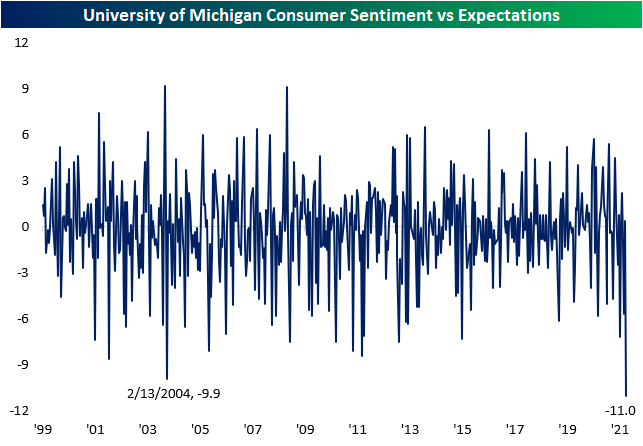